It’s time to wrap up 2020, a year most will be happy to leave in hindsight. We in the newsroom have a good sense of what the most important stories of the year were but our readers have a way of proving us wrong.
Dec 26, 2020 11:30 AM By: Brent Richter 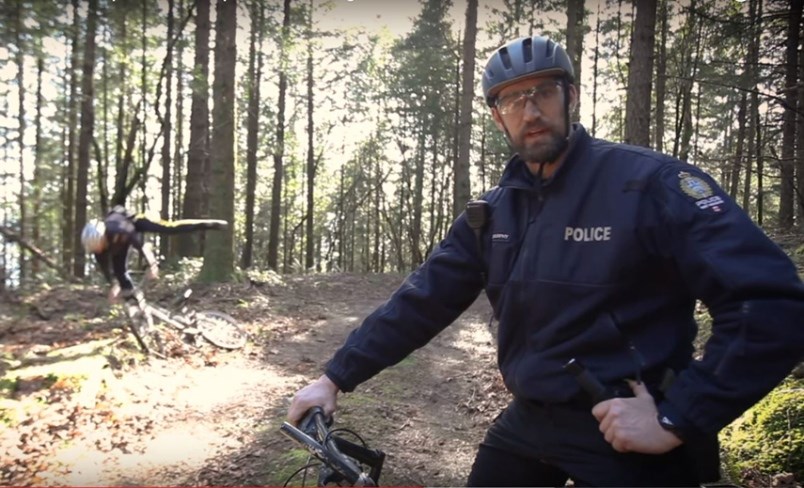 It’s time to wrap up 2020, a year most will be happy to leave in hindsight. We in the newsroom have a good sense of what the most important stories of the year were but our readers have a way of proving us wrong.

Our annual roundup of the most read stories on our site shows folks were eager to know anything they could about the frightening new virus spreading in the community, especially in the early days. But our stats show they were also looking for stories to distract them from the coronavirus and its ravages.

The list below is a reader window into our readers’ hearts and minds – the things they find so important they not only read about them, they smash the Share button on social media because they want everyone else to know too.

1. Body of dog swept over waterfall found in North Vancouver

When Maya, a nine-year-old golden retriever, was swept away in the fast-running waters of Lynn Canyon in late May, it prompted a massive search. Two weeks later, the dog's body was found near Twin Falls. More people read that story than anything else we wrote in 2020. We love our dogs, don't we.

The closure of Exit 22 at the bottom of the Cut was always part of the plan for the $200-million Lower Lynn Improvement Project but when it comes to their drive home, congestion-weary car commuters want to know every last detail.

3. North Van owner ordered to clean up property after council deems it an eyesore

On occasion, someone lets their property fall into such disrepair, it becomes a matter for their municipal council to deal with. Typically they’re told ‘Clean it up or we’ll do it for you and stick you with the bill.’ Our readers evidently can’t resist a click to see how bad the place is.

In May, writer and broadcaster Grant Lawrence penned an elegy for the Squarerigger Pub. After 42 years of being West Vancouver’s beloved and bedevilled booze can, the owners decided it was time for last call.

“It was kind of an ‘inmates running the asylum’ type situation by the end,” one of the regulars lovingly recalled in the incredible long-form piece.

In March, North Vancouver RCMP and West Vancouver Police Department spokesmen Sgt. Peter DeVries and Const. Kevin Goodmurphy invested a chunk of their personal time crafting an April Fools' Day prank, announcing the creation of a new mountain bike police unit. By the time April 1 arrived, no one was in the mood for practical jokes anymore. But they came clean about the plan and released the video anyways, and folks ate it up.

6. COVID-19 outbreak has been reported at Lions Gate Hospital

By late April, everyone’s COVID-19 anxiety was peaking. Then three staff members and three patients outside of the specialized COVID-19 ward at Lions Gate Hospital tested positive for the virus. People read the story because it alerted them to a dangerous threat in what is supposed to be a safe place. They shared the story because they wanted everyone else to know too.

Every day, it seemed, in early April we were publishing multiple stories about events being cancelled and public spaces being closed to visitors in hopes it would curtail the spread of the virus. Municipalities had already closed trailheads and restricted parking but on April 8, the District of North Vancouver took things to the next level and banned non-residents from even driving on Deep Cove Road, Mt. Seymour Road, Gallant Avenue/Panorama Drive and Indian River Drive/Inlet Crescent.

Every death from COVID-19 has been a tragedy but there was something special about these two. Bob and Joan Proctor were married for 74 years, the last of which they spent together at North Vancouver’s Berkley Care Centre. After they were both diagnosed with COVID-19, they died within 37 hours of each other. Reporter Andy Prest made sure their legacy was told in a way that went beyond statistics.

It was still very early days in the pandemic when the outbreak of COVID-19 at Lynn Valley Care Centre began. Of the six B.C. residents who had confirmed diagnoses, two were in a care home. This would have shown people that the coronavirus was no longer a faraway problem. It was here.

Again, if your property has become such a nuisance that it makes the news, people want to know.