Seawalk dispute tossed back to courts 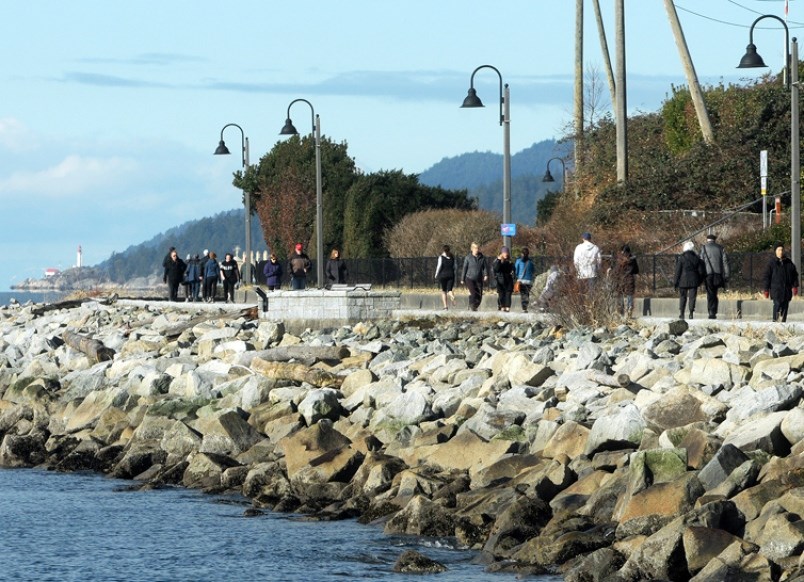 A federal transportation board has tossed a dispute between West Vancouver and CN Rail over how much the municipality should pay for access to part of its waterfront Seawalk back to the courts to decide.

A Canadian Transportation Agency panel ruled at the end of December that it will only wade in to the dispute if the courts find the existing agreement between the two sides has expired.

That issue remains murky, the panel noted, as both the municipality and the rail company have argued different positions on whether there is or isn’t a lease agreement in place.

For now, however, little is expected to change in terms of the public’s use of the Seawalk.

“CN has and continues to support public use of the Centennial Seawalk,” said Kate Fenske, a spokeswoman for the company, in response to the recent ruling.

Fenske said CN is reviewing the transportation agency decision, and is still hopeful the company can reach an agreement with West Vancouver out of court.

Donna Powers, spokeswoman for the municipality said the district is still looking to defend its interests in the case.

The two sides have been locked in a legal fight over the Seawalk for almost a year, after talks about a new lease agreement broke down in February 2017.

The municipality built the Seawalk 50 years ago to mark Canada’s 100th birthday.

CN holds a lease on about 1,100 metres of land over which a portion of the Seawalk is built.

Last February, an arm of the railway company filed a lawsuit in B.C. Supreme Court against the municipality, asking for an injunction preventing the District of West Vancouver from trespassing on the land and seeking damages for overdue rental payments, which the municipality stopped paying more than 20 years ago.

The municipality, in turn, asked the Canadian Transportation Agency, a quasi-judicial federal agency that oversees railway operations, for an order allowing the municipality continued use of the Seawalk at no cost.

At a hearing before the transportation agency panel in October, lawyers told panel members that the dispute is essentially about money.

Ian MacKay, a lawyer for the District of West Vancouver, said the railway was attempting to “hold the community to ransom” by demanding payments of $3.7 million in annual rent for a one-kilometre section of the Seawalk.

MacKay asked the panel to grant West Vancouver permanent access to that section of right-of-way at no cost.

Previously, the district had offered CN rent of $12,500 per year.

At the hearing, CN lawyer Doug Hodson called that an “extraordinary remedy,” amounting to expropriation of the land by the municipality without any payment.

Unless the two sides can come to an agreement, the case is now expected to move forward in B.C. Supreme Court.