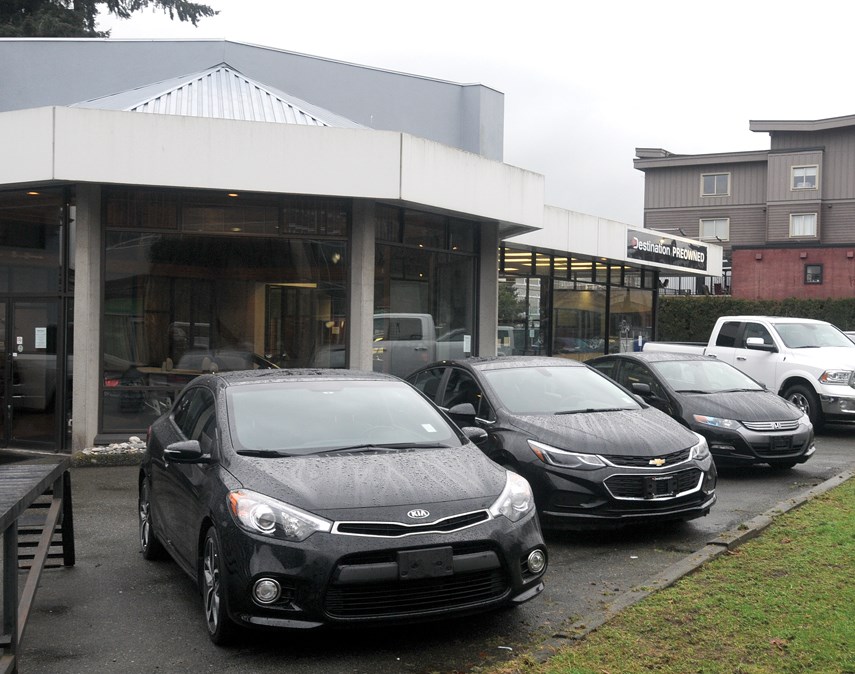 While property assessments for single-family homes have been falling across the North Shore, commercial assessments have been heading in the opposite direction —clocking in with dramatic increases for the second year in a row.

That has a number of owners worried about what it could mean for taxes – and the viability of local businesses – in the future.

Ross Forman of Re/Max, a longtime commercial real estate agent on the North Shore, said he’s been getting phone calls from property owners since “early warning” notices went out in December from BC Assessment.

One owner of a commercial building on Marine Drive saw the assessment for his building double this year, said Forman.

The value of another light industrial building in the lower Mountain Highway area jumped more than 65 per cent, he said – from $1.5 million to $2.5 million.

That makes it increasingly difficult to operate a small local business, he said.

Wayne Sugden knows that only too well. Sugden owns several commercial and industrial properties in North Vancouver – and all have been hit with high assessment hikes this year.

That sounds good on paper, he admits. “Now my building’s worth twice as much as it was yesterday.”

But “my tenants are getting nailed to the wall.”

Most commercial tenants are also responsible for paying the taxes for their units under “triple net” leases.

Currently, Sugden counts a high-end baby store and a non-profit thrift shop among his tenants. But he worries what climbing assessments could spell for North Vancouver in the future.

“Lower Lonsdale will be doctors’ offices, dentists’ offices and Starbucks,” he said.

“You won’t have the cute little dress shop.”

“You worry about the property taxes,” said Tyke Babalos, who owns commercial buildings both in Edgemont Village and along Marine Drive.

Babalos said several factors are contributing to the rising values. Some people looking to park their money in real estate have switched from residential to commercial properties, he said. In other cases, developers bought properties for far higher prices than they would have fetched under current uses.

Because there is relatively little commercial property compared to residential, a few sales can have a big impact on nearby assessments, said Forman.

“It only takes a few of them to set the market,” said Forman. “Everybody else is left paying a huge tax burden.”

Overall, commercial and light industrial property values on the North Shore are up on average between 21 and 27 per cent this year. But some are up much higher than that.

Derek Holloway, a North Vancouver resident and assessor who worked for BC Assessment for many years, said he doesn’t think the commercial values shot up suddenly – he thinks commercial properties were under-valued by BC Assessment leading up to 2017.

Either way, the change matters less than whether an assessment was correct as of July 1, he said – often calculated on the basis of the “highest and best use” of land.

So even if the owner of a commercial building has no plans to sell the property, “it doesn’t mean it’s not worth what it’s worth,” he said. “The dirt in Vancouver has gotten very expensive.”

Lisa Muri, councillor for the District of North Vancouver, said the issue is one that’s concerning for local politicians.

“We’ve never seen the market be this crazy. There are businesses that have been here for decades that are leaving.”

Muri said if the trend continues, she fears a commercial landscape where only banks and doctors will be able to afford to set up shop.

Muri said she’d like to form a task force with key players to examine the issues and advise local government. Currently, “gentrification is being applied to everyone,” she said. But “North Vancouver was built on being a working-class community. We need to protect that.”

A North Van artist is stitching together a tribute to Lynn Valley following stabbing tragedy
May 13, 2021 8:05 AM
Comments