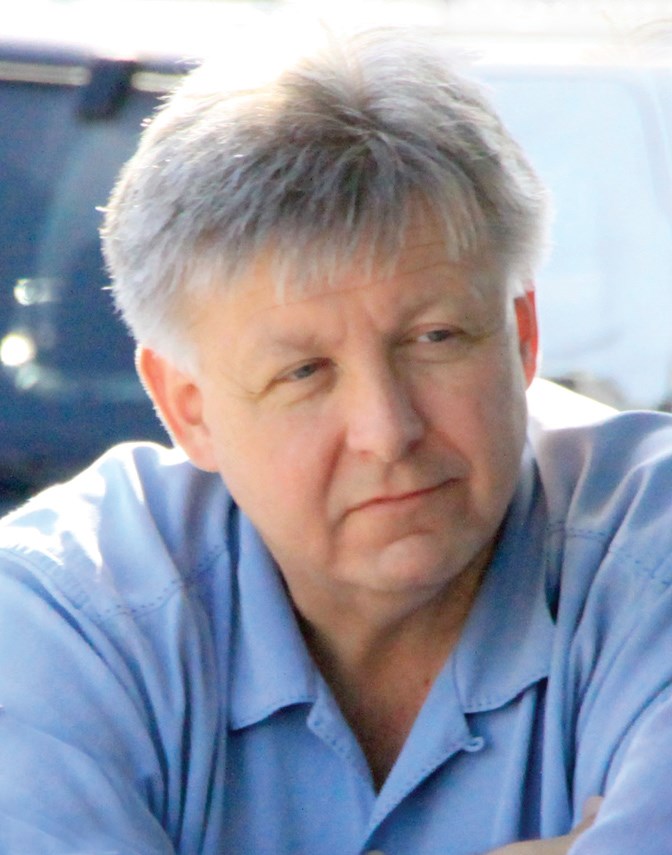 A few exceptions aside, “There hasn’t been a single investment in road infrastructure expansion in a very long time,” said Morris, who announced his candidacy after narrowly losing his 2014 bid for the mayor’s chair.

Based on the ever-increasing duration of his car trips across the city, North Vancouver’s livability index is “declining at an alarming rate,” Morris wrote on his website.

The problem can’t be fixed by bike lanes and transit, according to Morris, who blasted the plan to “frustrate people out of their vehicles.”

Converting Chesterfield and St. Georges avenues – as well as a few cross streets – into one-way streets might help budge gridlock, according to Morris.

It’s also crucial developers give up frontage to allow room for designated turning lanes on thoroughfares like Lonsdale Avenue, according to Morris, who said density bonusing should be contingent on road improvements.

“We need to . . . compel every developer to get back to where they used to be.”

In the interest of affordability, low-rise rental buildings should only be redeveloped if the new building’s units are the same size and essentially the same rent as the units being replaced, according to Morris.

The city’s increased population has resulted in longer wait times at Lions Gate Hospital’s emergency room, according to Morris, who described waiting six hours without seeing a doctor.

For nine out of 10 patients, the average emergency wait times at LGH have risen from 131 minutes to 143 minutes from 2014 to 2018, according to Vancouver Coastal Health.

Recent developments approved in the city have provided between 0.72 and 1.15 parking spots per unit. Because many households own two cars, residents are frequently parking on the street and creating a scarcity that effectively “steal(s) from the commercial abilities of the businesses,” Morris said.

Traffic calming measures – such as narrowing lanes to force drivers to slow down – have also resulted in fewer parking spots and generally created more problems than they’ve solved, according to Morris.

“The RCMP are basically beyond the reach of any municipal government,” he said, explaining police departments should be tailored to their communities.

In the interest of lowering the cost of government, Morris said he would consider selling city-owned utility Lonsdale Energy Corp., which provides heat and hot water in Central and Lower Lonsdale as well as the Marine Drive area.

“We need to stop compelling users for paying about the dreams of council members,” Morris said.

LEC recorded a net income of $799,595 last year, making 2017 the most profitable year to date for the energy provider.

However, Morris said those numbers don’t account for the full cost of LEC, particularly the wear and tear on city roads caused by installation.

The city has loaned $23.4 million to LEC. The provider has so far repaid the city $1.78 million with interest. Full repayment is scheduled for 2036 but Morris said it’s questionable the city will ever get that money back.

“They’re not running a business, they got a vision thing going on and this vision thing is coming at a hefty price to taxpayers.”

Coun. Linda Buchanan and former councillor Guy Heywood are also slated to vie for the mayor’s job. The election is set for Oct. 20.