Blanket was handmade and may have sentimental value
Apr 14, 2021 8:42 AM By: Brent Richter 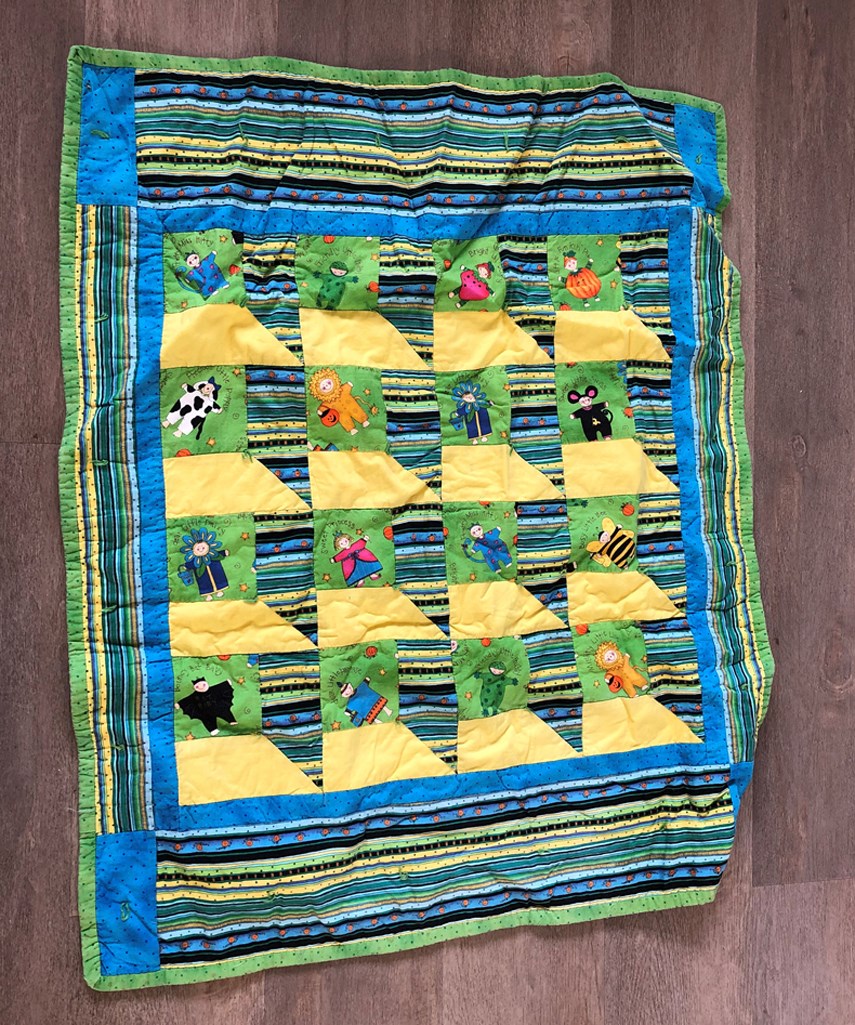 The family of a North Vancouver senior is hoping to return this handmade quilt to the Good Samaritan who helped him in the moments after he was run down by a driver in March 2020.Kim Pearson

In the moments after 91-year-old Bob Pearson was struck down by a driver in Norgate, someone rushed to his side and placed his head on a quilt while they waited for emergency services to arrive.

The driver later pleaded guilty to driving without due care and attention, and was fined $1,000.

Pearson lost his leg and spent three months in hospital following the March 2020 collision. He’s now on the mend but Pearson’s family wants to see the blanket returned to its rightful owner.

The quilt was among some other possessions recently returned to the family after sitting in an RCMP evidence locker since the time of the crash.

Pearson’s daughter Kim has been sharing pictures of the quilt on social media but so far, there are no leads on to whom it belongs.

“No clues whatsoever,” said Kim. “Nobody has any recollection.”

The yellow, green and blue quilt is child sized and features a print with children wearing costumes.

“It certainly looks handmade. Somebody put some time and care into it and that's really why we're trying to find the owner,” she said. “Maybe somebody’s mom or grandma made it for them, right?”

More than being able to return the quilt, Kim said her family would like to thank the Good Samaritan who stopped and offered up what was very likely a sentimental attachment to provide some comfort for her dad.

“It is pretty special,” she said.

Pearson, meanwhile, is back home in Norgate and showing constant improvement, Kim said.

“He's getting a little bit stronger every day,” she said, adding that he’s now getting the hang of walking up to two blocks in his prosthetic leg, “which is huge.”

If you know who owns the quilt, email reporter Brent Richter at brichter@nsnews.com.