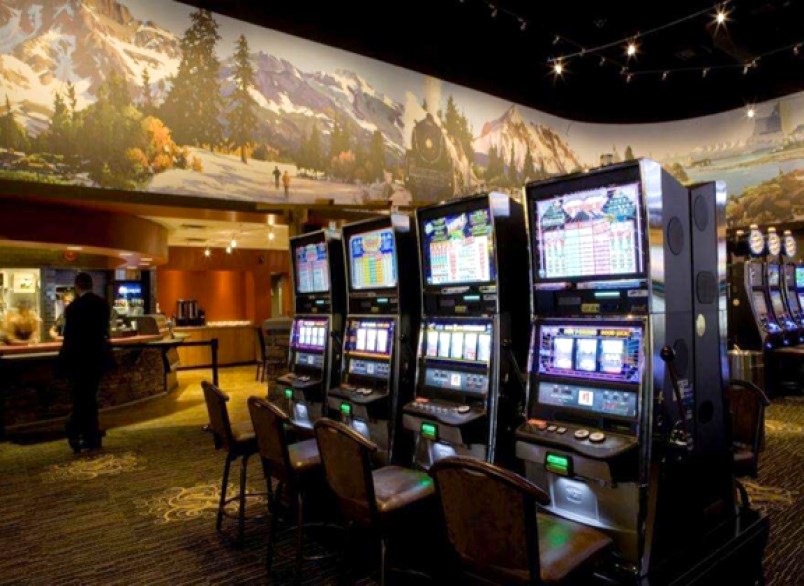 The City of North Vancouver has signaled its interest in allowing a casino in city limits. photo supplied

The province is trying its luck at convincing the North Shore’s three local governments and two First Nations to considering hosting a new casino.

The B.C. Lottery Commission, which regulates casinos and community gaming facilities, announced on Wednesday that it was seeking expressions of interest from the North Shore as well as south of the Fraser River.

There is a demand for local gambling that’s currently not being met on the North Shore, according to the BCLC, which routinely does marketplace assessments that take into account population trends, transportation access, estimated revenue potential, and tourism among other things.

“We know most people like to gamble at a facility close to their home and there is no facility on the North Shore. Some residents are travelling to other facilities for example in Vancouver or Burnaby but for other people, they just won’t even bother. They’ll stay on the North Shore,” said Angela Koulyras, BCLC spokeswoman.

“We determined there is revenue potential of approximately $25 million to $40 million that is currently not being captured on the North Shore.”

Any jurisdiction that hosts a gaming facility gets to wet its beak, receiving a 10 per cent share of net gaming revenue generated, less operating costs. According to a marketplace assessment by BCLC, that would mean about $1.5 million to $2.2 million annually for one lucky municipal or band hall.

Because the assessments contain “competitive information” they cannot be released to the public, even under Freedom of Information of Information legislation, Koulyras said

“It could harm our interests and the interests of our private sector service providers,” she said.

District of North Vancouver Mayor Richard Walton said he’ll take direction from his council members on how to greet the pitch from BCLC. But, he added, if the past is prologue, there won’t be a lot of appetite.

“We’re really a suburban community and a lot of our residents feel they don’t want a casino in close proximity to them and if they want to gamble, well, it’s just across the bridge in Burnaby,” he said. “If there’s a change in the general consensus, it’s incumbent upon me to talk to council and get direction from them if they want to hold a meeting.”

City of North Vancouver Mayor Darrell Mussatto was not available for comment but in 2015, city debated and turned down a request to overturn its bylaw forbidding commercial gaming.

District of West Vancouver Mayor Michael Smith too was not available for comment, although in March, he told the West Vancouver Chamber of Commerce members “It would take a very brave man” to come to West Vancouver and pitch a casino project.

Neither the Squamish Nation nor Tsleil-Waututh Nation responded to a request for comment on the proposal.

Should one or more of the governments step forward and offer to host a casino, it remains very much an open question who the casino developer would be.

Previously, Playtime Gaming was given exclusive rights by BCLC to the North Shore territory. That prompted a lawsuit from North Vancouver-based Pinnacle Gaming Solutions. The company’s owner David Moretto stated in his suit against BCLC that he had been working with the Tsleil-Waututh Nation since 2007 on a proposal for the nation’s land. During numerous meetings with BCLC, the regulator’s officials indicated their Tsleil-Waututh project would likely be approved, Moretto alleged.

In response, BCLC denied those claims.

Playtime Gaming was later sold to Burnaby-based Gateway Casinos, in December 2015. According to BCLC, that “extinguished” Playtime’s exclusive rights.