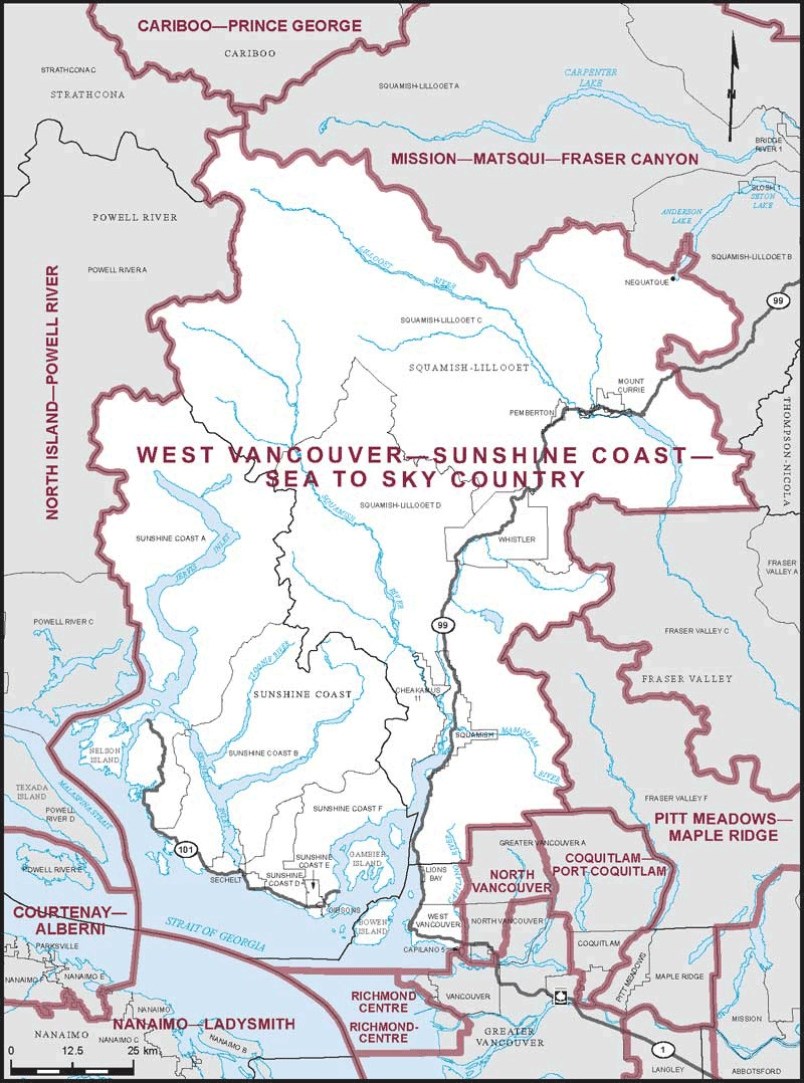 Poll-by-poll results for West Vancouver-Sunshine Coast-Sea to Sky Country from the Oct. 21 federal election show a similar pattern as 2015, when the Liberals also took the riding, with the strongest support for the Conservatives coming from West Vancouver.

On election night, Liberal candidate Patrick Weiler told Coast Reporter that he felt he had strong support throughout the three main regions of the riding – and the poll-by-poll results bear that out, with Weiler as the top vote getter at several polling stations on the Sunshine Coast, in the Sea to Sky Corridor and West Vancouver.

Most of the polling stations where the vote swung for the NDP’s Judith Wilson were on the Sunshine Coast, mainly in the Gibsons area.

The Conservative candidate, Gabrielle Loren, had her strongest showing in West Vancouver, where she had the most votes at almost as many polling stations as Weiler.

Here’s how the numbers break down with all polls reporting and the results now certified by the returning officer:

Elections Canada pegged the voter turnout at more than 67 per cent.