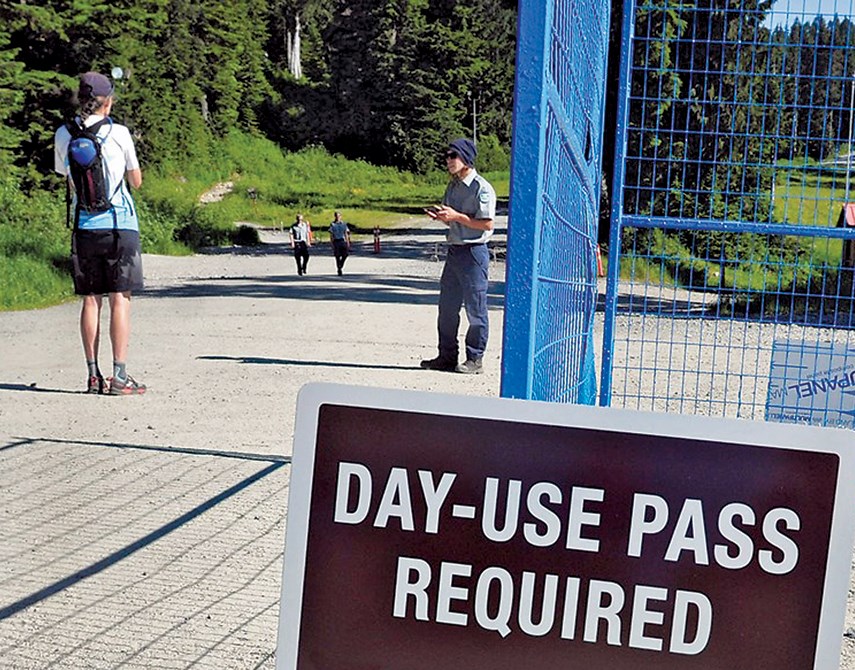 B.C. Parks is contemplating a return of the day-pass system for visitors to its busiest provincial parks, including Mount Seymour and Cypress on the North Shore.

The parks agency has launched a survey targeting everyone who signed up for at least one day pass in 2020, asking how they would feel about the program’s return. According to the B.C. Ministry of Environment and Climate Change Strategy, the pass system is intended to curb wear and tear in parks on the South Coast, which have seen their visitors numbers grow by 57 per cent between 2010 and 2019.

“Overuse of our trails leads to trail widening, soil erosion, damaged vegetation and altered hydrology. That’s not good for the long-term health of our treasured provincial parks,” a statement from the ministry read. “Crowding and congestion in our parks also affects visitor experience and impacts staff and public safety. Now more than ever, it’s important for British Columbians to experience nature, but to do so in a way that is safe and protects ourselves and our loved ones.”

North Vancouver parks advocate Steve Jones is not buying the environmental argument though, as the pass system will only divert hikers to other North Shore trails, most of which aren’t as well maintained.

“It’s really disappointing because the trail they’re limiting access to have been very well built,” he said. “They’re quite wide. They can handle the traffic. And these places that people are going to instead are often very sensitive. … They’re moving them from trails that have been upgraded using a lot of taxpayer money over a long period of time, into areas that haven’t been upgraded and where erosion is more likely to occur.”

Jones said he would much rather see the province increase their budget for maintenance and the creation of new trails to meet demand, rather than deny people a walk in the park.

“If they can afford to have paid people guarding the entrance to the trail all summer long, they can afford to give those people some shovels and actually have them do maintenance and upgrades on that trail. Wouldn’t that make a lot more sense?”

In July last year, B.C. Parks began requiring users to get a free online pass before arriving at the trailheads at Cypress, Mount Seymour, Garibaldi, Golden Ears, Mount Robson and Stawamus Chief provincial parks. The 2,100 passes for Cypress and Seymour were routinely claimed by mid-morning most weekends. Anyone caught by park rangers without a pass could be fined $115.

After attending a virtual town hall meeting on the matter organized by North Vancouver-Seymour MLA Susie Chant, District of Mayor Mike Little said he is also concerned about the spillover effect.

“We saw, last year, the numbers of people come into our parks was, historically, massive,” he said. “It’s probably best to keep the provincial parks infrastructure open and encourage people to use that space.”

Residents in the Blueridge neighbourhood often find their streets overrun with folks looking for easy access to the trails, Little noted, and so the district is looking into possible parking restrictions to come into effect there this summer.

Little said if the pass system must return, he would like to see the province issue more passes per day to take pressure of municipal and regional parks.

“[Seymour] is a massive provincial park and a huge space. I thought that [they were] overly cautious with the numbers,” he said.

In an interview, Chant acknowledged it is a complex issue with many competing interests.

“I’m conflicted,” she said. “Our mountains and our parks are critically important to us as a province. We are very lucky to have these jewels available to us and we have to treat them as precious.”

After the town hall, Chant said it’s not clear to her whether her constituents are predominantly for or against the pass system, but she did say there may be other options on the table and she will be raising the matter with Environment Minister George Heyman,

The ministry will be making a decision about the pass system “in the coming weeks.”