Opinion: BC Liberal leadership race will be a struggle amid COVID-19 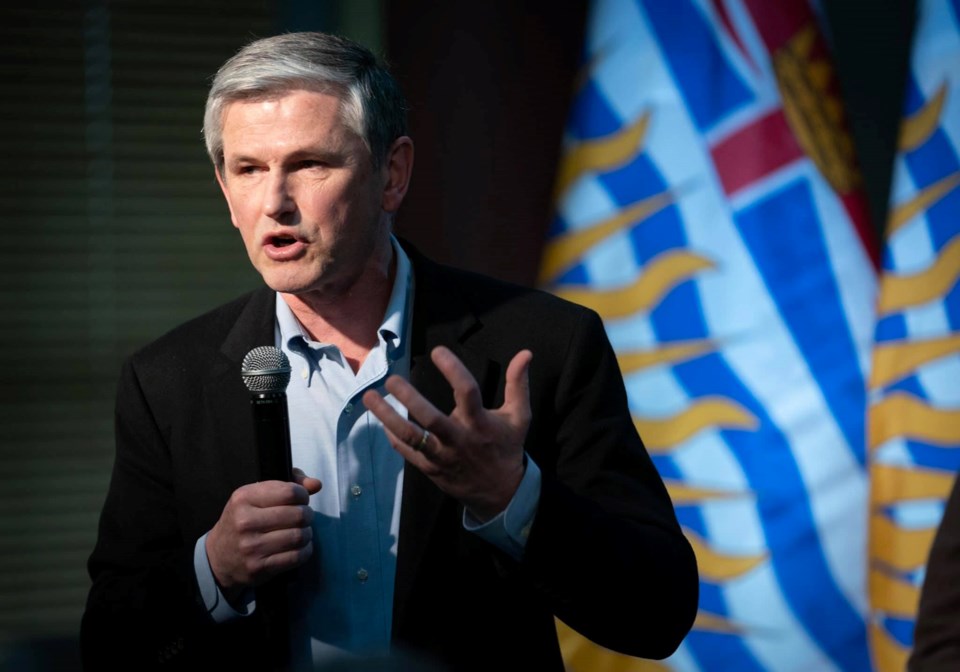 Two announcements last week served as reminders of the deep political issues the BC Liberals face.

First, the party announced that Andrew Wilkinson had finally resigned as party leader, which no doubt surprised many who thought he had already departed.

Then, party MLA Ellis Ross appeared to have almost accidentally announced his candidacy for leader. News of this dribbled out in fits and starts and the way it was handled suggested he does not even have a team behind him.

Notably, neither event registered much media coverage and seemed to be greeted with a public yawn.

In normal times, the official resignation of the leader of a party that governed this province for 17 of the past 20 years or so would be considered big news. Not right now.

The meh response by so many underscores the deep problems faced by the BC Liberals. The party will hold a leadership race during a time of great uncertainty.

No one knows how long the pandemic will last. Mass vaccinations will undoubtedly help, but new fears about the COVID-19 variants - not the least of which is the uncertainty over how effective vaccines will be against some of them - may lead to a third and even fourth wave.

Even if the COVID-19 situation improves significantly over the year, there is no guarantee certain public health protocols – notably, a ban on gatherings of large crowds and continued mask wearing – will disappear.

Those protocols will make it difficult for a political party trying to rebuild itself after being tossed from power more than three years ago and then suffering a devastating election defeat last fall.

The whole party leadership question magnifies how big a challenge it will be for the party to deal with some of its key problems: its lack of diversity and a serious erosion of public support in Metro Vancouver, whose ridings are the key to winning elections in this province.

There appear to be no “star” candidates in the offing, and candidates like Ross (or fellow MLAs Tom Shypitka and Renne Merrifield, whose names have come up in speculation) are from the Interior or the North, not Metro Vancouver.

Then there is former BC Liberal cabinet minister Kevin Falcon, considered the likely front-runner should he enter the race. He is experienced and capable, but as a longtime lieutenant of former Premier Gordon Campbell, he hardly qualifies as someone who brings renewal and rebranding to the table.

The upcoming legislature session will give the BC Liberals a little bit of oxygen, but not a heck of lot. Framed against the ongoing carnage of the COVID-19 pandemic, platforms like Question Period will often seem irrelevant to the average person.

As I pointed out in this space recently, the federal opposition parties are struggling to be heard during this pandemic.

The BC Liberals (and, for that matter, the BC Greens) are facing the exact same problem and there is no sign the situation will change any time soon.

In fact, things could get even worse for them if we see a third wave of the virus.

Keith Baldrey is chief political reporter for Global BC.

Opinion: Burnaby cashier ‘visibly upset’ as anti-masker unloads on her
Feb 15, 2021 9:12 AM
Comments