Opening of new North Vancouver museum pushed back to 2021 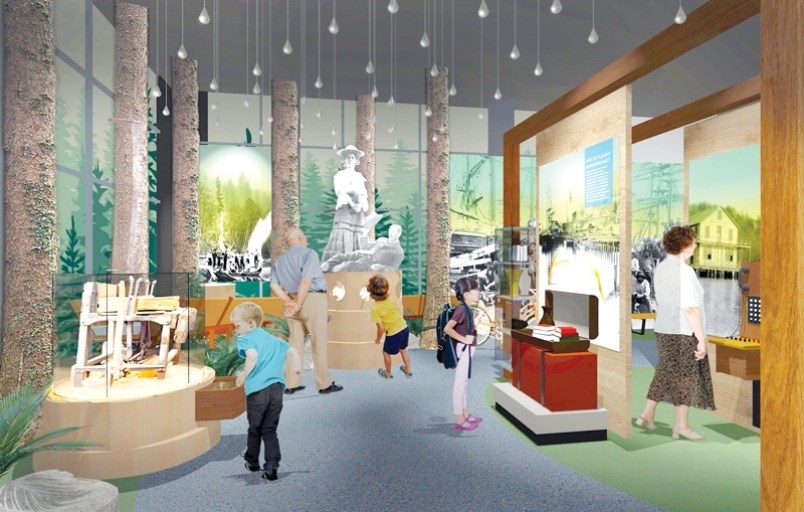 Those hoping to learn more about their community’s storied past at the new North Vancouver Museum and Archives are going to have to wait a few months longer.

Mainly due to construction as a result of the ongoing COVID-19 pandemic, the opening of the museum has been bumped to early next year, according to museum director Wesley Wenhardt.

The new museum space, which was greenlit by the City of North Vancouver in 2016, was originally slated to open this fall.

“We’re looking forward to the end of January/early February 2021,” said Wenhardt. “This has really been an interesting process.”

While the construction company putting the new space together, as well as the company the museum contracts to handle its exhibit fabrications, were both able to continue working during the pandemic, new protocols and shipping delays have slowed down the process, according to Wenhardt.

“Like everyone else, there were new protocols that had to be put into place. There were some delays on trades and some contractors that got slowed down or shutdown themselves. It just added this extra overlay of time and acquiring of materials,” he said.

The new museum is under construction at what will be its new home, 115 West Esplanade, ground floor of the new Promenade at the Quay condo development.

The majority of the exhibits for the new 16,000-square-foot museum, which will outline North Vancouver’s shared heritage and showcase historical treasures from the community’s past, have been completed, according to Wenhardt, adding they’re slated to be delivered next month and installation will begin in October.

The project management team behind the new museum has also had to make adjustments on the fly due to new physical distancing and sanitation protocols during the pandemic. Some of the planned interactive exhibits will now be hands-off experiences for the foreseeable future, said Wenhardt.

“We looked at some of the hands-on activities to see how we could modify or change them to fit the new regime of less hands-on” he said, adding they’d been looking at using motion sensors or voice-activated technologies for some of their exhibits.

Wenhardt said he was excited to welcome the community to the new museum in early 2021.

The museum receives operating support from the city and district, as well as the BC Arts Council.

The city, which negotiated with developer Polygon to receive the $11-million space as part of a larger rezoning in 2016, is on the hook for $4,110 per month in strata fees, which the museum's operators are expected to pay upon opening.