North Shore parents whose kids have been learning online from home during the pandemic are breathing a sigh of relief this week after learning that both North and West Vancouver school districts will extend the program until at least spring break in
Nov 20, 2020 9:00 AM By: Jane Seyd 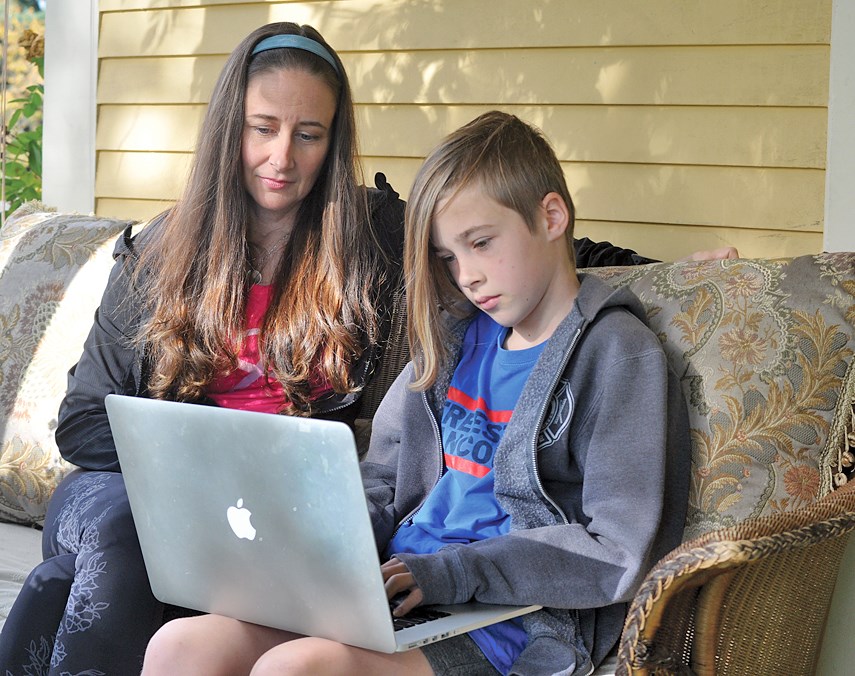 North Shore parents whose kids have been learning online from home during the pandemic are breathing a sigh of relief this week after learning that both North and West Vancouver school districts will extend the program until at least spring break in March.

One mom said she burst into tears of happiness after hearing the announcement, said Shirlee Law, a North Vancouver mother who helped organize parents to pressure trustees to continue the program.

“I had other parents reporting that they were having panic attacks leading up to this, just with the stress of it, so there is huge relief,” she said.

Both local school districts have offered an online program for families who didn’t feel comfortable letting their kids go back to the classroom this fall, because of the pandemic.

That program was launched as a temporary measure designed to ease students back into the classroom and was slated to end at the end of December. There are currently over 800 kids on the North Shore who are learning online during the pandemic – most because of concerns that either the student or a close family member has medical concerns making them vulnerable to COVID-19.

Families were previously told they would have to come back to the classroom or figure out another option for online learning before the winter break in December.

But on Tuesday, both school districts announced they will extend the program until at least the spring.

The majority of families enrolled in the virtual program are thrilled with the decision, said Sherry Ghorbankhani Sadath, who organized a letter-writing campaign among West Vancouver parents in the program.

“We all sent letters to our MPs, our MLAs, school board and the minister of education,” she said.  “Apparently they heard.”

Law and Ghorbankhani Sadath credit both pressure from parents in the program and direction from the provincial Ministry of Education for the change of heart by local school boards.

Now that the program has been extended, parents are turning their efforts to getting it continued until the end of school year in June – or the end of the pandemic. Ideally, parents would also like to see the program – which currently offers only two subjects, math and language arts – expanded to include more of the curriculum.

Jennifer Branston, co-chair of the North Vancouver District Parents Advisory Council, said parents were grateful to have the program continue. Branston said the parents group received “numerous emails” from parents sharing “deeply personal” stories about why they didn’t feel comfortable sending their kids back to the classroom. Branston said the district parents advisory council would also like to see the program extended to the end of June.

North Vancouver school trustee Cyndi Gerlach said Tuesday she’d like to see school district staff plan for how to extend the program to the end of the school year if the pandemic is still happening in March.

“I personally don’t want to see families have to go through this again in March,” she said. “I’m asking out of compassion for these families. I don’t think it’s unreasonable to look at that.”