North Shore residents now have their first chance at buying legal cannabis at a local shop. The appropriately named 1 st Cannabis opened its doors on West First Street for a soft launch around 6 p.m. Monday.
Dec 31, 2019 1:30 PM By: Brent Richter 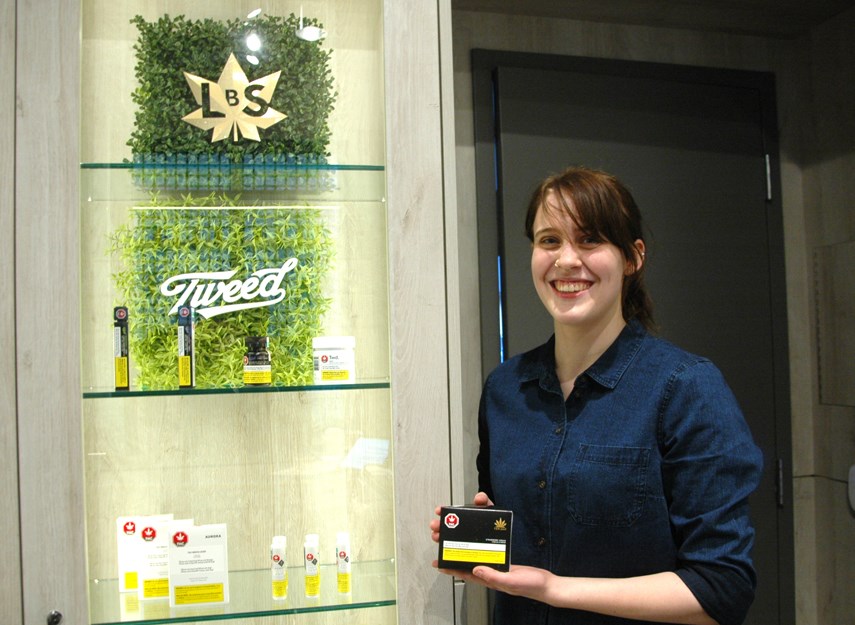 North Shore residents now have their first chance at buying legal cannabis at a local shop.

The appropriately named 1st Cannabis opened its doors on West First Street for a soft launch around 6 p.m. Monday.

The store is owned by the same family that owns Sailor Hagar’s pub and liquor store. The 150-square foot cannabis shop has been hived off from the floor space of the liquor store with its own separate entrance.

“You can see the floor space that we're looking at here. It’s the convenience model, for sure,” said manager Jonathan Bevan with a laugh.

City of North Vancouver council gave its first approval to the shop in June but it took a “head scratchingly long time” before the final approval from the province arrived on Monday afternoon, Bevan said.

With some much pent up demand, being the first cannabis shop in town will have its drawbacks, Bevan said.

“We will struggle to cope with that demand at first and it would be nice to see some other retail players in the in the city or the district coming on board as well which will help with the flow,” he said. “It’s all well and good if there were six locations, but now we're going to be the only one opening and it puts pressure on us a little bit. So we just have to be super-efficient. But it's a good problem to have. No one here is whining about that.”

The most popular item after the first day of sales was Sunset, a high-THC Indica strain, but there were also a lot of people seeking CBD products, which are said to offer pain relief and relaxation without the psychotropic “high” usually associated with marijuana.

The crowd coming in on the first evening included more older women than supervisor Emily Champion said she was expecting. They were mostly interested in edibles including gummies and chocolates, which only became legal on Dec. 18.

Under the law, customers aren’t allowed to handle the product until they’ve purchased it so visitors can do their shopping on two tablets installed in the wall.

“There’s a bit of education on there as well actually so people can go through at their own pace,” Bevan said. “Or you can have a chat with a friendly member of staff [who] can explain the differences between the different products. There's going to be a huge amount of education and busting stigma related to this.”

Apart from the recently legalized product inside, Bevan said he thinks 1st Cannabis should be seen as no different than any other neighbourhood based retail shop.

There are six staff members hired already but Bevan said he expects that will grow to 10 or 15 in short order.

The benefit of being the first one to open is you get first pick at the local talent, Bevan said. When it comes to hiring, Bevan said he wants people who have a scientific knowledge of the product they’re selling but also good old fashioned retail skills.