North Vancouver MLA Bowinn Ma says her office is trying to help with a disturbing trend of landlords trying to threaten long-term tenants into accepting large rent increases.
Oct 13, 2017 9:14 AM By: Jane Seyd 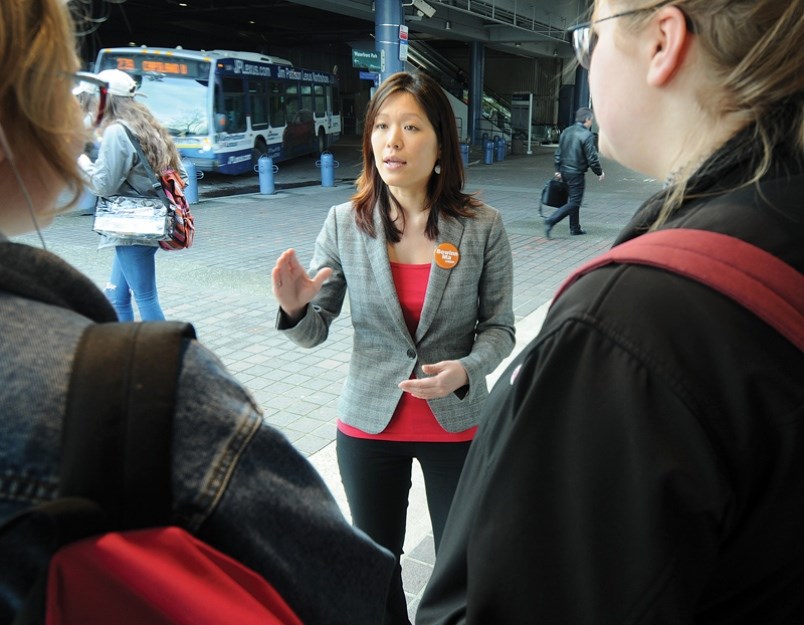 Ma said a number of tenants have approached her office recently after being asked to sign new leases – at an increased rent – or face the prospect of the landlord asking for an even higher amount at a residential tenancy hearing.

“Oftentimes these increases are quite substantial. Far above and beyond the current rent control provisions,” said Ma.

Ma said that, unfortunately, many tenants are so afraid they could end up in an even worse situation that they sign the lease offered for a higher rent.

“He has numerous examples of exactly the same situation,” she said.

Under residential tenancy law in B.C., landlords can increase the rent for continuing tenants only by a set amount each year (usually the rate of inflation plus two per cent.) Rents can only be increased by 3.7 per cent in 2017, for instance, and by 4 per cent next year.

But since 2012, landlords have also been allowed to apply for bigger increases in special circumstances, including a situation in which the rent is significantly lower than rents paid for similar units in the same area.

Ma says what a lot of tenants don’t know is that relatively few of those applications are approved. “It’s only been done maybe a handful of times,” she said.

But for most tenants, even the threat is enough to make them sign a new lease without asking questions.

In one North Vancouver case, the landlord of an apartment building went to every existing tenant and asked them to negotiate a 15 to 20 per cent rent increase or face an application for a larger rent hike, said Ma.

“The majority of tenants who received this notice signed a new lease,” she said. “Once they have signed, there’s virtually no recourse.”

Those who didn’t sign were served notice that the landlord will apply to the residential tenancy office for a 44 per cent increase.

“It doesn’t really matter how much your income is,” said Ma. “Very, very few people are able to absorb a 44 per cent rent increase all of a sudden from one month to the next.”

Ma said the problem is especially dire for long-term tenants who have low household incomes and are unable to find other places to live. “For a lot of these tenants who are facing massive increases, it could be the difference between having a home one day and not having it the next,” she said “It’s an extremely stressful situation. Fighting it is stressful.”

Tenants who have come to Ma’s office for help weren’t willing to speak publicly to the North Shore News, for fear of backlash.

Ma said her office has put those people in contact with tenants’ advocates and other community resource staff who are helping to appeal the increases.

She’s also pushing for the new NDP government to close some of the loopholes that allow landlords to raise rents.

“It drives me bonkers that these situations are happening in North Vancouver,” she said.

In 2016 there were 19 applications for geographic rent increases in B.C., according to the Ministry of Municipal Affairs and Housing. Of those, 12 were rejected, three were partially approved, three were approved but phased in over time and one was approved without changes.

Ministry staff said they are reviewing the issue of the threat of “geographic increases” being used to pressure tenants into new leases. Legislation is also imminent to close loopholes allowing landlords to bypass rent control.