Update: Some of the information provided for the original story turned out not to be correct. Specifically the type of foam used in the fight and when the victim was released from hospital.
Apr 22, 2015 12:00 AM By: Brent Richter 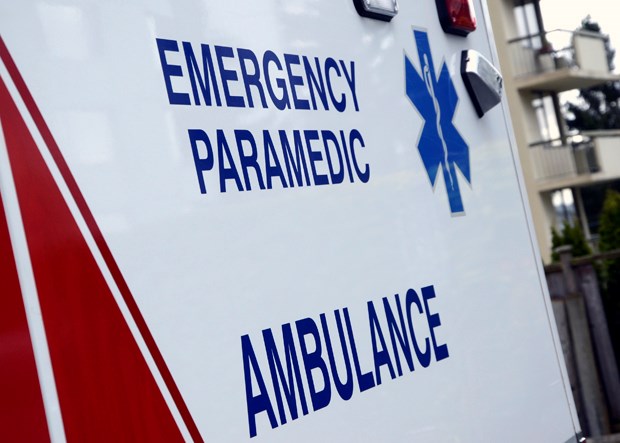 Update: Some of the information provided for the original story turned out not to be correct. Specifically the type of foam used in the fight and when the victim was released from hospital. The following email explains the discrepency in the words of the victim:

"They were from a trampoline we had found for free on mountain highway that we proceeded to take down the street before it broke, hence the "pool noodles" on the ground. I was tackled into a curb with my back pack still on and the bottle inside when it broke. Also, I was released from the hospital on the 20th, not the 22nd."

A supposed pipe fight and stabbing between North Vancouver high school students Saturday night turned out to be something far more innocuous — although still potentially deadly.

Police got a complaint just before 11:30 p.m. about a large group of people fighting on the 1000-block of Doran Road in Lynn Valley.

When officers arrived, they found an 18-year-old North Vancouver man with a deep wound in his back and bleeding profusely after allegedly being stabbed.

“As the investigation unfurled, it was made evident that two groups of people from two different high schools were in an altercation of sorts,” said Cpl. Richard De Jong, North Vancouver RCMP spokesman.

Though the 9-1-1 caller initially said the students were hitting each other with pipes, police later found they were actually using foam “pool noodles.”

“Two males started at it, pushing back and forth and hitting each other with those noodles,” De Jong said. “That’s where it gets interesting. . . . Alcohol definitely was a contributing factor here.”

The injured teen had been knocked off balance and fell backwards, leading to the deep wound.

“He had a backpack containing a glass bottle of rum, which shattered due to the impact and a shard of it went through the backpack and pierced his back,” De Jong said.

B.C. Ambulance Service paramedics rushed the teen to the ER at Lions Gate Hospital, where he remains in care.

“The victim is just very lucky (paramedics) were there immediately to render first aid,” De Jong said. “He could have bled out if there wasn’t first aid available. If it had punctured his lung, he would have died for sure.”

De Jong couldn’t say what started the fight or whether it was intended to be all in good fun.

No charges are being considered in the fracas but the RCMP has tasked its school liaison officers to speak to students and the school district about the incident, De Jong said.

“The schools have been involved. I’m sure the kids are aware of what happened. There’s no retaliation or anything,” he said.