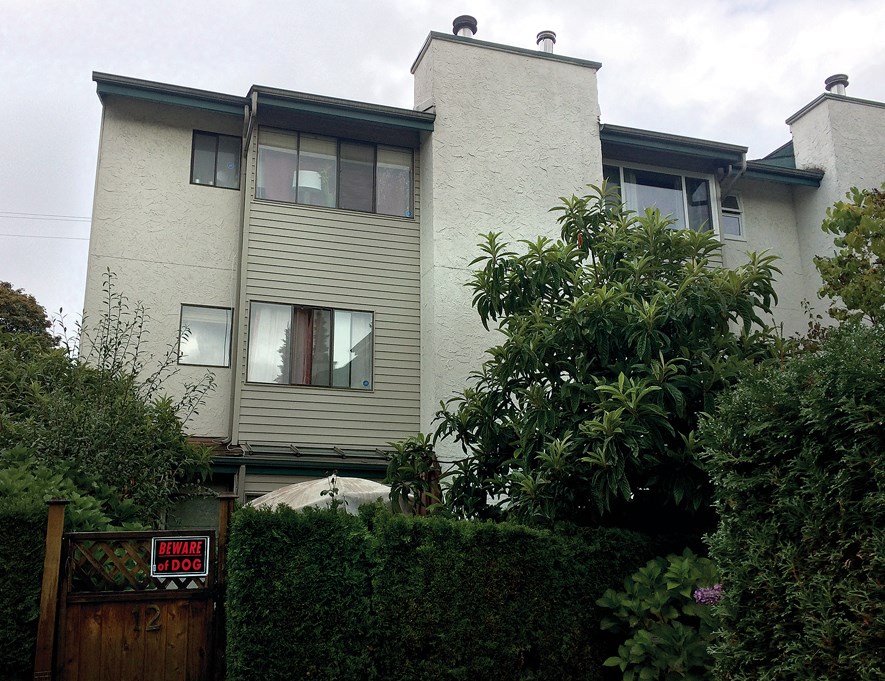 The North Vancouver woman who ran a hostel out of her three-bedroom townhouse has been ordered to pay a fine, but a B.C. Supreme Court judge stopped short of forcing Emily Yu to sell her home.

Yu, who operated the Oasis Hostel at 230 West 13th St. and sometimes welcomed more than a dozen guests per night, was sentenced to pay $5,000 for her contempt of civil court on Monday.

The Civil Resolution Tribunal ordered Yu in September 2017 to stop offering short-term rentals after months of complaints from her strata. She later appealed to the B.C. Supreme Court, arguing her strata’s bylaw prohibiting short-term rentals should not apply to her because she had been in business since before the strata bylaw was passed, but that argument was rejected.

She continued accepting guests and taking bookings until October 2018, when B.C. Supreme Court Justice Barry Davies found her in contempt of court. He put off his sentencing for five months, however, to give Yu one last chance to close the short-term rental business. She spent much of that time in China visiting her ailing father, court heard.

While she was gone, there were no more hostel guests, but according to an affidavit filed in court last week, Yu’s two dogs could be heard barking through the night and neighbours of Yu’s townhouse had to call the BC SPCA to investigate. In her own court documents, Yu stated she had asked a friend to come in once a week to check on the dogs and top up their food and water. After the BC SPCA visited the home in January, Yu received the strata’s permission to bring in a live-in caretaker for the rest of her trip.

In sentencing submissions, the strata’s lawyer Stephen Hamilton had suggested a fine of $7,500 and requested his clients be given the exclusive power to relist the property, set the asking price and sell it on Yu’s behalf.

Forcing her to sell and move would have been “draconian,” Yu’s lawyer Anna Kurt argued, saying it would cut her off from her community, her doctors, her church and her family, possibly leaving her homeless with her two dogs.

But Davies said a forced sale should be viewed as a “remedy of last resort.”

“Ms. Yu has been a very bad neighbour and has made life difficult for her neighbours and her strata corporation but her conduct in my view has not reached a level that requires sale of her unit with conduct to the strata corporation,” he said.

A fine of $5,000 would protect the integrity of the Civil Resolution Tribunal – but not be too onerous for Yu, who pleaded poverty, Davies said.

Yu has paid all the previous fines she owed to her strata and she is no longer offering short-term rentals, Davies noted.

“Had she not complied with my order of Oct. 24, since that date, I would likely have imposed a sentence of incarceration rather than a fine,” he said.

She will also likely be directed to cover the strata’s legal bills racked up during the years-long dispute.

Davies warned Yu that if she had not paid all of the court-ordered costs by mid-June, he would have to reconsider the strata’s request for a forced sale.

Outside the court, Yu said she has been a good neighbour and that her troubles within the complex are the fault of people who do not accept multiculturalism.

“I have been a very decent neighbour, except if somebody is always looking for problems, looking for something wrong, then that could be an issue. They should be looking for what is right,” she said.

“(The judge is) trying to bring out peace in the strata. He’s giving her a chance to redeem herself,” he said. “He wants her to go around the corner and improve the situation – something that I doubt will ever happen, but he’s hoping against hope. … At the same time, it will remind her he’s got the power to do much more in terms of the law so it’s up to her to decide what to do.”