After some ups and downs, the District of North Vancouver is holding off removing some popular but potentially risky obstacles on local mountain bike trails.
Jul 2, 2019 4:00 PM By: Brent Richter 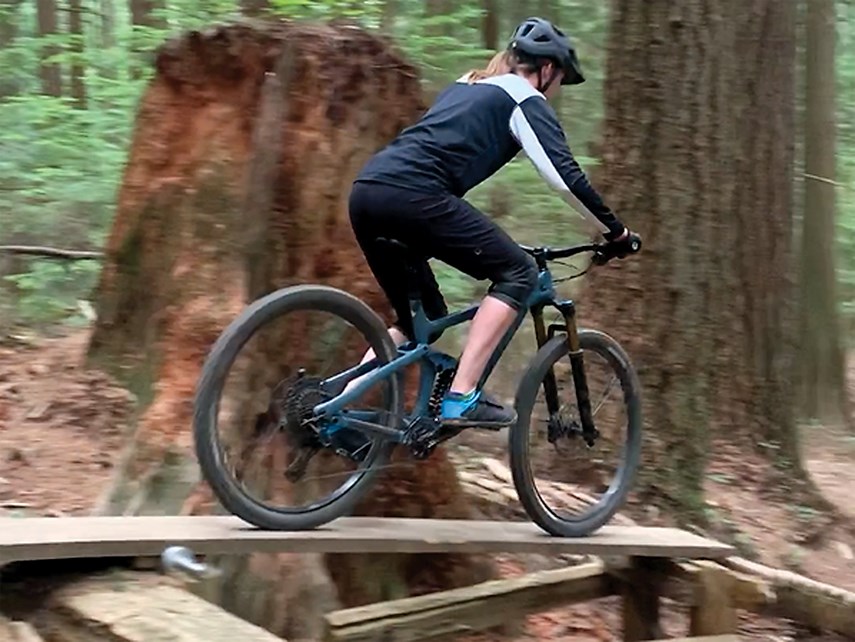 After some ups and downs, the District of North Vancouver is holding off removing some popular but potentially risky obstacles on local mountain bike trails.

Members of the mountain bike community were shocked to learn over the weekend that district staff would “immediately” be removing five teeter-totters from trails on Mount Seymour and Mount Fromme at the request of Municipal Insurance Association of B.C., which covers the district.

At issue was an Ontario civil suit in which a county government was held liable for a mountain biker’s crash that left him a quadriplegic.

“That sent some shockwaves amongst municipal land managers across the country,” said Mayor Mike Little.

But, after reviewing the matter with staff on Tuesday morning, Little said the municipality will leave the teeter-totters where they are for now in hopes of finding a compromise that will satisfy the insurer.

“I think a lot of the risk could be mitigated by signage and alternate routes. We’re looking at that possibility right now,” he said. “Obviously our top concern is the safety of riders so they’re not entering stuff that’s riskier or more dangerous than they’re prepared for.”

More broadly, Little said he had concerns about the “slippery slope” of liability concerns taking precedence over some good clean fun in the outdoors.

There had been whispers through the “cedar telegraph” for quite some time that the change was coming, said Cooper Quinn, president of the North Shore Mountain Bike Association. But the group did not agree the Ontario case would be applicable to B.C. and the District of North Vancouver, given differences in the two provinces’ liability legislation.

“Every decision at every level is a risk and reward balance. Our position right now would be the rewards of these features would outweigh the potential risks,” he said.

The teeter-totters aren’t just a fun “circus trick” in the woods for advanced riders, Cooper said. They’re also a local innovation that helped establish the North Shore as the world’s centre for mountain biking, spawning an entire industry in itself.

“It started here on the Shore and grew worldwide,” he said. “It’s not entirely hyperbole to say features like that really drove a movement that changed mountain biking across the globe.”

Quinn said he was confident his group could find ways to modify the trails that would keep everyone satisfied and he appreciated the district’s approach.

“We do understand that the district operates within the bounds that they’re given by their insurance company but we are really glad to see they see the value in these features,” he said. “They ultimately heard the voice of the community.”

Though not a mountain biker, Little said the importance of the sport is not lost on him.

“A part of the identity of North Vancouver is the mountain biking community and that close connection to nature. And a big part of that is the partnership with the NSMBA,” he said.

Coun. Mathew Bond, a past president of the NSMBA, said he was pleased to see the teeter-tottering matter come to rest in a balanced position.

“It’s a good example of taking a second look and finding a solution that’s better, that works for everyone,” he said.