Twinkling lights meant to guide Santa to local chimneys may remain. Retaining walls and garages, however, may face tougher scrutiny and regulations in the District of North Vancouver.
Nov 24, 2020 12:16 AM By: Brent Richter 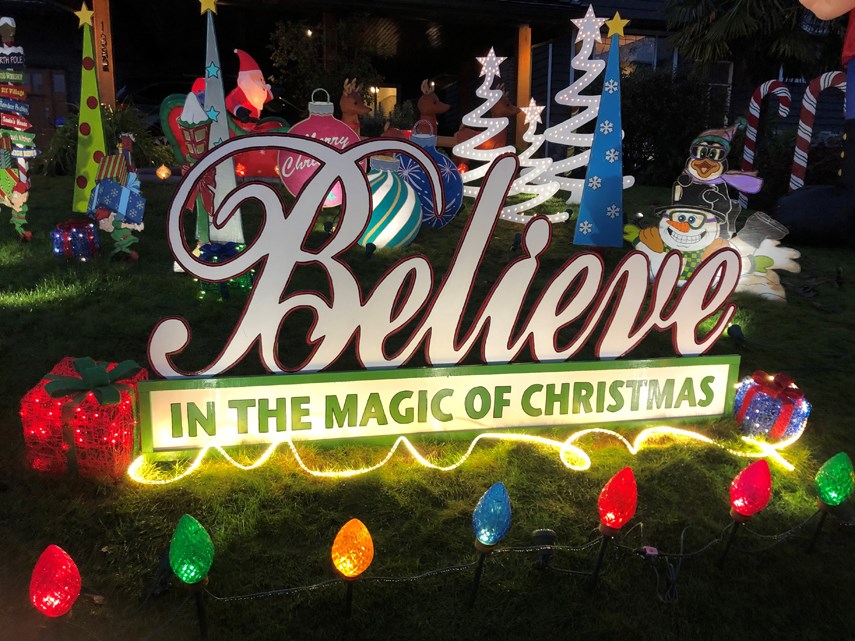 Twinkling lights meant to guide Santa to local chimneys may remain. Retaining walls and garages, however, may face tougher scrutiny and regulations in the District of North Vancouver.

Council voted Monday to advance a package of bylaw changes the upshot of which will make new single-family homes and garages less imposing over their existing neighbours, particularly in steeply sloped neighbourhoods.

But the most controversial proposal – a $100 fine for anyone who leaves their Christmas lights on after 11 p.m. was stripped out before the debate even began.

The matter was last discussed in a council workshop about its nuisance bylaw more than a year ago when a resident came forward to complain about her neigbour’s lights. In the last five years, there have been only three complaints related to Christmas lights, district staff noted in their report. The not-so-bright idea prompted a sackload of coal from the media and members of the public as word spread earlier in the day.

Mayor Mike Little moved to strike the Christmas lights portion of the motion at the outset.

“My view is that the community is not ready for it, and even though I do see that we need to have some discussion on that matter in the long run, I'm not doing it as part of an omnibus review this matter,” he said.

The bylaw changes were intended to mitigate some of the negative impacts stemming from an explosion in single-family home redevelopment, added Coun. Lisa Muri.

“Neighbourhoods were undergoing this huge transformation, and it was very, very challenging and we had a lot of concerns, a lot of complaints,” she said. “Light pollution (mitigation) was not intended to dampen Christmas and holidays – Halloween, Diwali - any of those other things.”

Foundation walls for accessory buildings like garages, which current have no maximum height, will be capped at four feet.

Noise from home’s heat pumps, ventilation equipment, air conditioning, vents or pool or hot tub pumps, and compactors would be capped at 45 decibels at night and 55 decibels during the day.

Council’s vote to send the changes to a public hearing was unanimous.

“It's clear, based on the public feedback we've received, at least at this time, there is no public support for the idea of regulating people's usage of Christmas lights,” said Coun. Jim Hanson. “I believe these initiatives make sense and I also believe that they will receive public support.”