District of North Vancouver council has approved its first legal cannabis shop – a controversial proposal for a Muse Cannabis Store in Deep Cove’s Dollarton Plaza.
Jun 16, 2020 10:09 AM By: Brent Richter 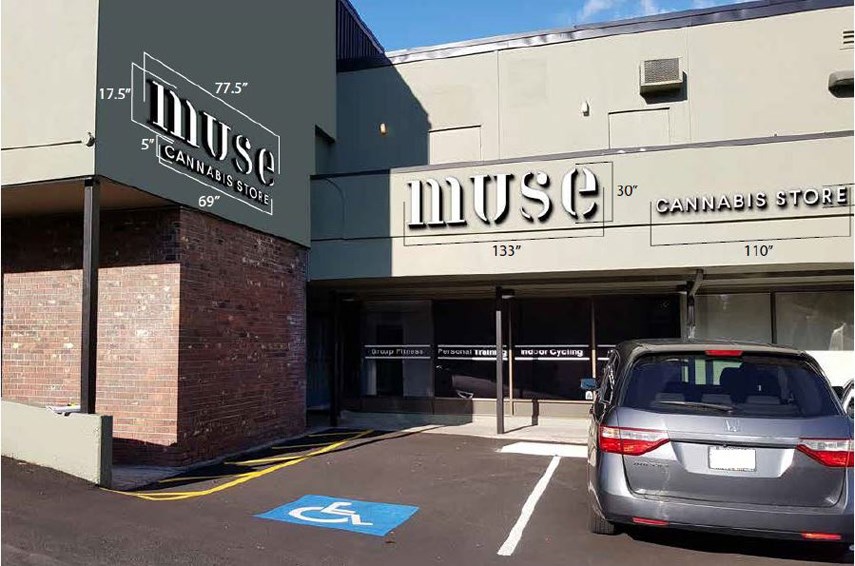 Muse’s request to open a storefront in the strip mall was deeply divisive at a public hearing in early March, but a slim majority of district council members voted Monday night to approve the pot shop.

Residents who spoke against it said it was too close to Sherwood Elementary, that it would create security concerns and that it wouldn’t be supported in the largely single-family home neighbourhood. Those in favour asked council to move on from old stigmas about cannabis and make the legal product accessible to those on the eastern side of the municipality.

Citing community opposition, Coun, Lisa Muri moved to reject the application. Muri said she supported legalized cannabis but she didn’t want to force the store on a neighbourhood that didn’t want it.

“I think that we made a commitment to the community that we would take baby steps. … We would see how our community felt about cannabis operations in their neighbourhoods. And I think we've heard loud and clear that they don't support it,” she said. “I just want to be able to listen to our citizens and make decisions for those that feel the highest level of anxiety in regards to an issue.”

Mayor Mike Little agreed, saying he didn’t see any reason to deviate from council’s original strategy of placing cannabis retailers in largely commercial and industrial areas for the time being.

“If we end up having a cannabis [store] down on Main Street, they'll have to drive a little farther to get it,” she said. “It's not that the DNV will not have cannabis somewhere. I'm sure that we will. But we're not bound to provide convenience for neighbourhoods to buy drugs – even if they're legalized.”

Muri’s motion was defeated, however, with the majority on council finding the supposed risks overstated.

Coun. Jordan Back said he visited Muse’s South Granville location as well as 1st Cannabis in the City of North Vancouver and couldn’t find any evidence of the harms opponents said would come if the Dollarton Plaza location were approved.

“I can say that the look and feel of the business itself as well as the professional manner in which I was received by the staff there was unlike anything I've seen at most businesses,” he said. “The people that I saw there in the store represented a broad cross section of the community, from young professionals to retirees. … There's a fear of the type of customer that might be coming into the neighbourhood when, really, those customers are in your neighbourhood.”

Coun. Jim Hanson acknowledged the concerns raised by residents at the public hearing – but added that rejecting the application would do nothing to address them.

“The fact is that cannabis will be sold in this area with or without a cannabis shop. The question is, will the sales be in a legal market, provided in a cannabis shop such as this purveyor? Or will it be sold in the black market?” he said. “In my view, public health favours safe supply of this and other substances.”

Coun. Megan Curren said Muse’s proposal met all the criteria council set out in its cannabis policy and that she could find no reason to reject their proposal.

“I went through every single piece of the policy to see if it adhered to what we had set out as a council, and I believe that fulfills that,” she said. “I don't believe that cannabis users should be stigmatized. And I think this location will be well used by the immediate community.”

As a parent, Coun. Mathew Bond said he was already having to have conversations about drugs with his five-year-old, so he understood the valid concerns about normalizing cannabis use, making it more accessible and leaving byproducts behind.

“Every parent is concerned for the health and the well-being of their children. But that being said, I haven't seen evidence presented that permitting a licensed, non-medicinal cannabis store will have any material impact on those concerns about risk,” he said.

The district has two other pot shops approved to go to public hearing: Kiaro Cannabis at 1560 Main St., and North Shore Cannabis at 1520 Barrow St. Three other stores along Marine Drive –in the Norgate, Pemberton and Hamilton neighbourhoods – are also seeking approvals.