A construction worker is concerned the site he’s working at in North Vancouver isn’t following guidelines set out by the province when it comes to operating during the ongoing COVID-19 crisis.
Mar 28, 2020 8:00 AM By: Ben Bengtson 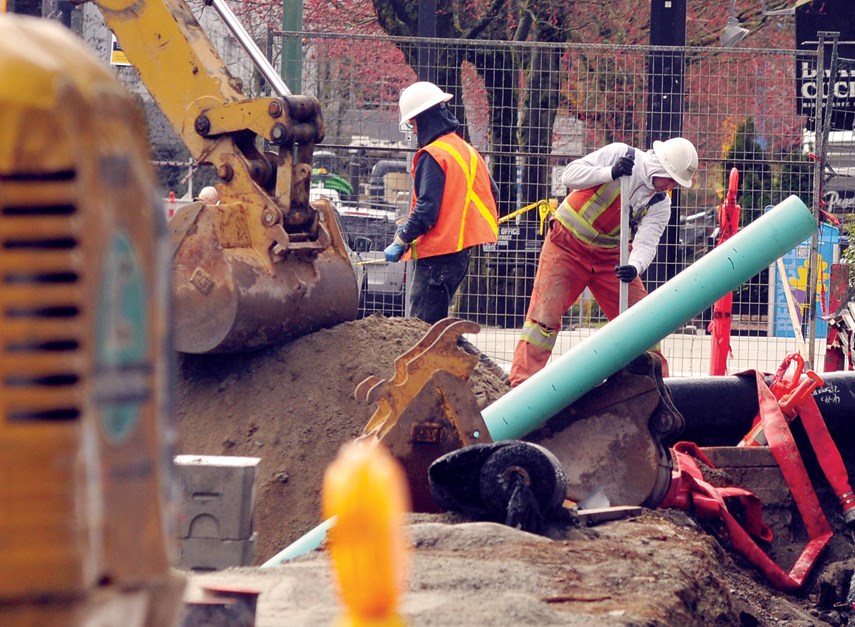 A construction worker is concerned the site he’s working at in North Vancouver isn’t following guidelines set out by the province when it comes to operating during the ongoing COVID-19 crisis.

The construction worker said he’s speaking out because he believes proper precautions to minimize the risk of spreading novel coronavirus have not been implemented at his worksite. The North Shore News has agreed to not use the worker’s name or that of his employer.

“The attitude on site by management was essentially, ‘We’re outside in the fresh air, so it’s all fine.’ That’s a dangerous mentality given what we’re dealing with,” he said.

The B.C. government has said that industrial and residential construction projects are considered essential services and may continue as long as site managers take proper precautions to reduce the risk of workers spreading or contracting the virus.

On Sunday, the province issued clearer guidelines on how building sites should be operating following questions on whether construction projects across B.C. should be suspended amid the pandemic.

Some of the highlighted precautions included: limiting the number of people in the same construction space to no more than 50 people at a time, posting signage that indicates only up to four people are permitted to ride a site elevator at a time, and increasing the number of on-site handwashing stations, as well as putting up signs highlighting their locations, to name a few.

A press release from the government also stated: “Where possible, employees should maintain a distance of two metres apart from each other.”

It’s challenging to maintain social distance from a co-worker while also trying to work together to build something, he noted. “For the type of work that’s being done, it’s not realistic,” he said, adding that many of his co-workers share his concerns.

He also said on numerous occasions there have been more than 50 workers at the construction site at the same time.

“What I saw that concerned me was large groups of people in really close quarters taking zero distancing at all, not even a step back,” he said. “I think it’s concerning that they can kind of get away with it under the guise of essential service.”

Posters outlining information about COVID-19, such as symptoms and next steps if someone thinks they’ve been infected, have been put up at the work site, according to the worker. A new hand-washing station has also been installed.

Still, he said, he’d feel safer if more emphasis were being placed on people keeping their distance at the worksite.

“I’m not the fearful type, but I am trying to be respectful of what’s going on and take it seriously, and I didn’t feel that anybody there was,” he said.

Construction workers with COVID-19 concerns are advised to contact WorkSafeBC’s prevention information line at 1-888-621-7233, according to WorkSafeBC spokeswoman Ivy Yuen. After contacting the information line, a prevention officer may be assigned to assess the health and safety risk at the workplace.

“It is also important to know that workers in B.C. have the right to refuse unsafe work if they believe it presents an undue hazard,” stated Yuen, in an emailed response.

More information about refusing unsafe work or contacting WorkSafeBC about a COVID-19-related concern is available on their website, according to Yuen.