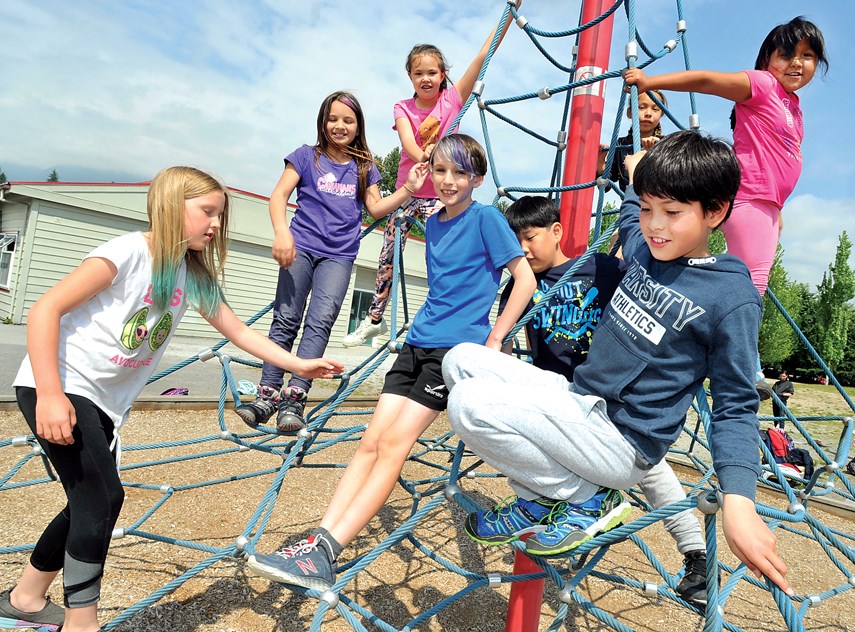 The playground at Norgate Community Elementary will be made a little more welcoming soon, thanks to a $105,000 provincial grant aimed at increasing accessibility for those with disabilities.

That could mean rubber surfacing to make the school playground easier to get to. It could also help replace some much-loved equipment that was removed over safety concerns.

Norgate – which serves about 170 students in a residential pocket south of Marine Drive – is one of two North Shore schools that will be among the first to receive playground funds in the next year. Gleneagles in West Vancouver will also receive $90,000 for a standard playground.

The two local schools are among 51 from around the province getting provincial government funding towards playgrounds for the first time in more than a decade.

The province recently announced it will provide up to $5 million per year towards public school playgrounds.

For parent groups, the news of funding for school playgrounds is a welcome relief. For more than a decade, playground equipment in schools hasn’t been funded. That’s meant that kids at some schools have made do with equipment many decades old.

Most schools have had to rely on fundraising efforts by parent advisory councils to purchase playground equipment – a daunting task when the cost of playgrounds can easily run up to $200,000.

The constant pressure on parents to fundraise for playgrounds – as well as for other priorities like classroom technology – has led to “volunteer fatigue,” said Nichol.

It’s also created inequities within the school system. “It creates a huge divide between parents who can raise that and parents who can’t,” she said.

Nichol added providing playgrounds today is a lot different than it was in the past – when volunteers might build a structure out of donated materials, for instance. Equipment must meet modern safety standards that involve detailed regulations about construction, installation, spacing of equipment and surface materials allowed underneath and will ideally also allow for access by children with disabilities – all of which can push costs skyward.

Norgate isn’t the only school with a playground wish-list in North Vancouver.

The PAC at Highlands Elementary, for instance, recently raised $55,000 towards equipment for their playground, said Nevasha Naidoo, spokeswoman for the North Vancouver school district, while the Lynn Valley PAC raised $35,000. Parents at Sherwood Park are also planning to add new swings to their playground at a cost of about $25,000.

For Norgate – a small school with a limited group of parents to draw on – getting a funding boost will help, said principal Rob Smyth. “We look at our school as being a community hub,” he said.

Schools receiving money in the next year were chosen by school districts based on provincial criteria – that the school be made up mostly of elementary grades, isn’t being closed or replaced in the next five years, where playground equipment is either old or not universally accessible, and doesn’t duplicate what’s available in a nearby school or community park.

Naidoo said the school district hopes to apply for more playground funding for other schools next year.