Rescue concludes on the anniversary of the death of Tim Jones
Jan 19, 2021 2:11 PM By: Brent Richter 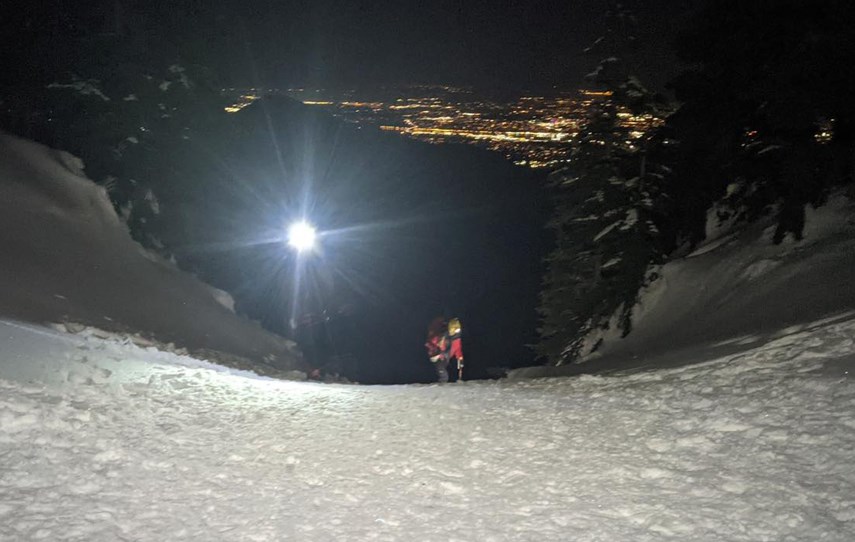 A Vancouver couple is safe and sound after slipping down a treacherous Mount Seymour cliff and nearly becoming stuck there.

The couple were snowshoeing around Tim Jones Peak on their way to the top of Mount Seymour when they slipped on a notoriously steep and narrow section of the trail.

“It’s that traverse around the north face of Tim Jones Peak that’s exposed and we’ve had significant injuries in the past with people who fall and slide the wrong way. We’ve had broken legs, a broken neck, head injuries,” said Doug Pope, North Shore Rescue search manager.

The couple lost some of their gear in the fall but, luckily, they escaped without serious harm. They found it was too steep and icy to climb back up, leaving them stuck in a drainage that feeds into the Seymour River with scant cell reception. They were, however, able to make a garbled call to 911 around 6:45 p.m., kicking off the rescue effort.

Using the GPS co-ordinates on their phone, Pope narrowed down their location to within a few metres and sent field teams in on foot, all of them equipped with crampons and ice axes.

Carefully, rescuers made their way down to the couple, cutting steps into the ice on the way. Once they’d reached the subjects, the volunteers supplied them with microspikes to slowly make their way back up. It wasn’t until 2 a.m. that the rescue was concluded.

Things could have gone much worse if they had kept moving, looking for another way out, Pope added.

“If they had just descended another 100 metres or so I suspect they would still be down there. They were very lucky,” he said.

The call-out underscores the need for having the right tool for the job, Pope said.

“Snowshoes can be very dangerous in steep terrain, generally, and especially when it’s icy. So the right gear is an ice axe and crampons when it’s hard, deep snow,” he said.

It so happened the call was wrapped on the seventh anniversary of the death of former North Shore Rescue team leader Tim Jones, the man the second peak of Mount Seymour is now named for. That wasn’t lost on the volunteers in the field, Pope said.

“It was definitely on our minds,” Pope said. “It’s on my mind almost every day. ... If Tim could see us now, I think he would be proud of how we have carried on his legacy, how we’ve continued to improve our training, equipment and techniques. Knowing Tim, I’m sure he might see a thing or two he didn’t like and to shred us about that too.”