North Shore Rescue pulled a hiker with a broken arm and collar bone to safety yesterday, after the man injured himself falling into a creek in the Mount Seymour area.

Two 21-year-old hikers set off around 10:15 a.m. Wednesday from the “Mushroom” parking lot on Mount Seymour Road, planning to hike to a peak known as Devil’s Thumb that overlooks the Seymour Valley.

Along the route, the hikers stopped to take a look at an old cabin in the vicinity of Boulder Creek, said Paul Markey, North Shore Rescue search manager. When crossing the creek afterwards, “one of the hikers slipped and slid into the creek,” breaking his upper arm and collar bone in the process, said Markey.

The man’s friend called 911 and North Shore Rescue was called shortly before noon.

Two technicians and a team member who is an emergency room doctor were flown into the area by long line by Talon Helicopters.

Once the rescuers arrived at the site, the hiker with the broken bones was given pain medication, splinted and placed in a special aerial rescue stretcher. An ambulance met the helicopter at the Bone Creek search and rescue station and took the man to hospital.

Markey said the area the men were hiking is a less travelled trail that is becoming more popular. The hikers were familiar with the area and properly equipped, he said. “It was just an accident.”

Markey said in this case, the hikers were lucky to get a cellphone call for help out. But that’s not something people should count on, he warned.

“Cellphone coverage is not always available in the North Shore mountains,” he warned. “Don’t rely on it as a method of communication.”

Markey said hikers going into the backcountry should consider carrying a satellite phone, which can be either bought or rented from most outdoor supply stores. “It can make the difference,” he said. 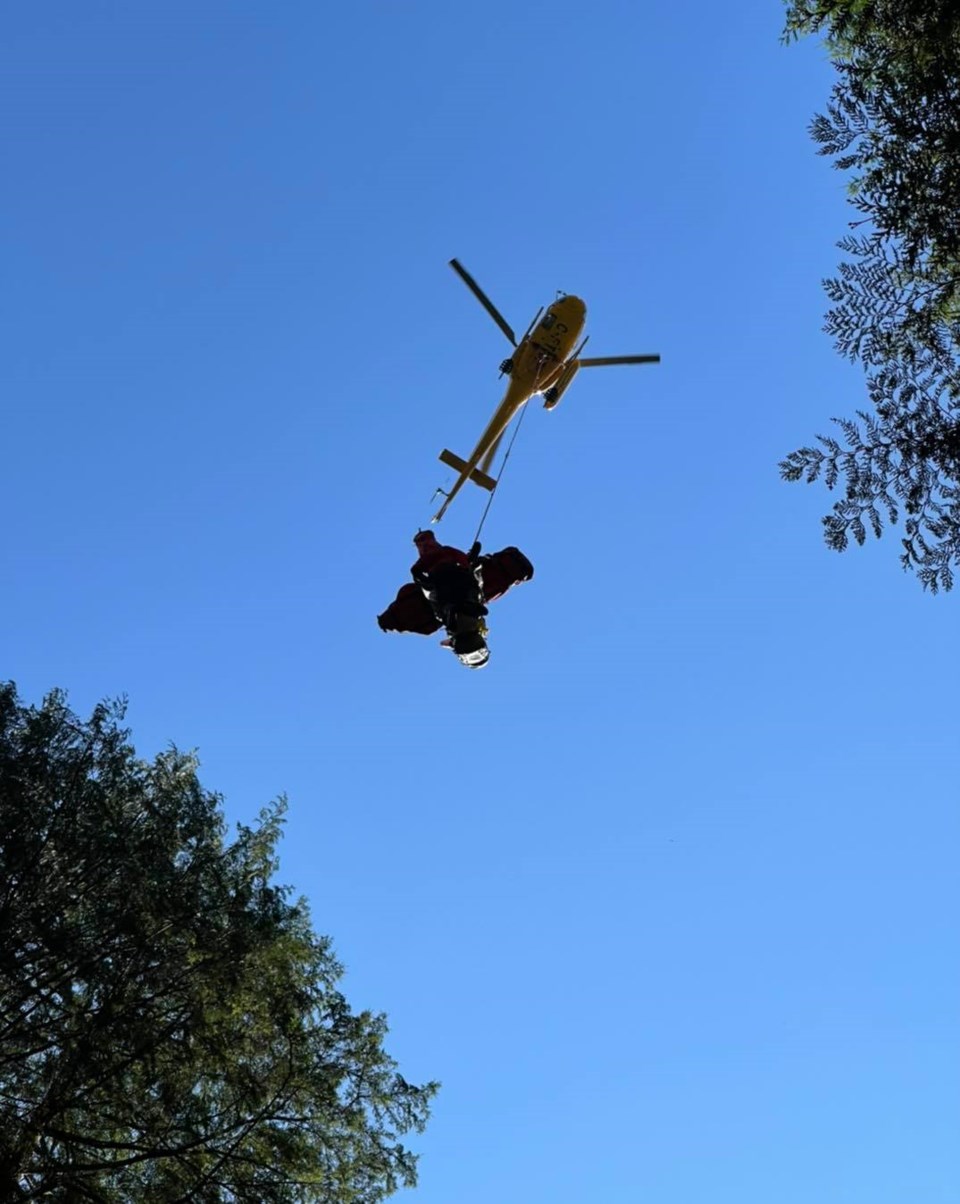