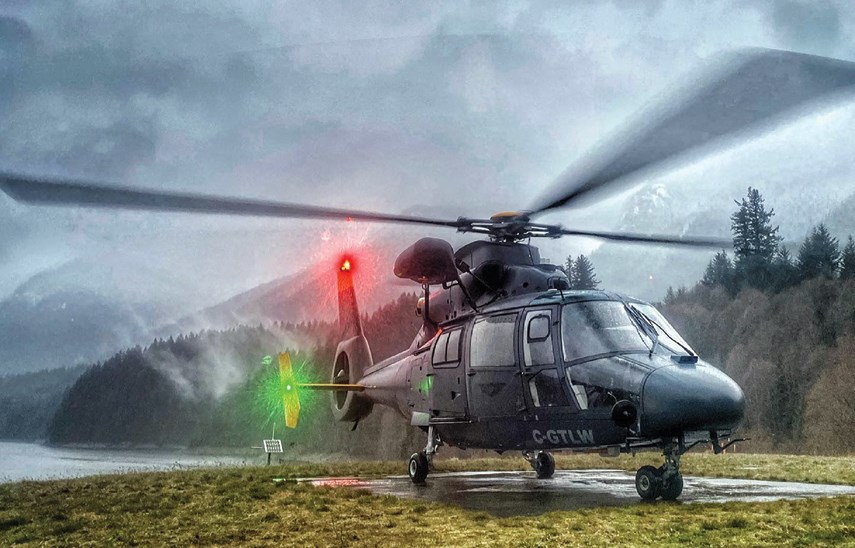 Two men are safe after surviving a night in avalanche terrain in the North Shore backcountry.

North Shore Rescue was alerted to a snowboarder and skier who failed to return home from Cypress Mountain on Saturday night.

Around 10 p.m. one of their girlfriends called West Vancouver Police, who requested help from North Shore Rescue.

Team leader Mike Danks said they had very little info to go on. The two Vancouver men, 37 and 42, had taken Sky Chair after lunch but there had been no sign of them since.

With bad weather and worse avalanche risk, rescue managers made the decision to launch a major search around 6:30 a.m. Sunday.

“To be honest, this was an all-hands-on-deck call where we had a lot of people on the ground,” Danks said

Around 7 a.m., the men turned their phones on, causing them to “ping” local cell towers and give searchers a rough area to focus on – a gully northeast of Hollyburn Mountain.

Avalanche conditions were bad and getting worse though, Danks said, to the point it would have been unsafe to have volunteers get too close on foot.

“The forecaster was actually predicting a natural avalanche cycle to happen during the day,” Danks said. “Teams tried to descend into that area and they triggered an avalanche and had to back out.”

Luckily, a break in the clouds allowed volunteers in a Talon helicopter to spot the pair, clinging to each other to keep warm.

“The area that they were in had avalanches happening all around them. It's a spot you don't want to be in, for sure, and there's no cell signal there,” Danks said.

Because of the tree cover, it would have been unsafe to use a traditional long line to get them out, Danks said, but Talon Helicopter’s new AS365 Dauphin helicopter had the right tool for the job – a winch that allows rescuers to be lowered down directly to their subjects with a harness to quickly hoist them back up.

Once they had a clear shot, the entire process went smoothly, Danks said.

“I think [the subject’s] eyes were popping out of his head. Actually, it was pretty neat to see,” he said. “They didn't think they were going to be able to make it another night. ... We left all their stuff there - their skis and snowboard. There just wasn't time to mess around.”

Danks said the use of the winch represents a new era for the team, allowing them to reach and safely extract lost and injured backcountry adventurers faster than they could before. So far, they've only put it to use one other time, assisting with a rescue in Ladysmith.

“This has been something that's been in the works for over three years and it's taken a huge amount of dedication from Talon Helicopters,” Danks said. “All our training really paid off.”

While they were wrapping up, the team was called out again, this time to help a woman and her dog who had gotten lost off the Dreamweaver trail – an easy mission by comparison.