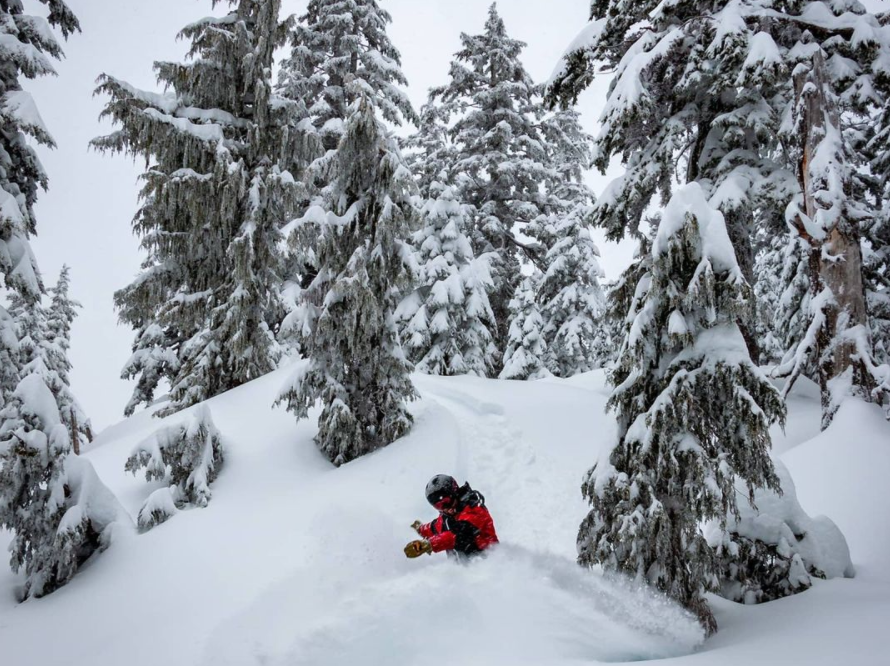 Mt Seymour has had 32cm of snow in the past 24 hours. Mt Seymour Resort / Instagram @mtseymour

While Metro Vancouver’s streets didn’t receive the sprinkling of snow forecast over the weekend, the North Shore Mountains certainly got a big dumping of powder.

Skiers and snowboarders will be pleased to know the three ski hills all recorded more than 28 centimetres of snow in the last 24 hours.

Flurries are continuing on the mountains today, so visibility is limited, with temperatures between -2°C to -5°C.

Lisa Erven, a meteorologist with Environment and Climate Change Canada, said the recent dumping of snow was due to colder air settling over British Columbia.

“Leading up to it, we finally had colder air settle over the province that helped contribute to low freezing levels and low temperatures so that when the precipitation did come, it fell as snow for the North Shore mountain ski resorts,” she said.

More snow on the way for North Shore mountains

Plus, Erven said conditions were looking good for a little more snow on the mountains this week.

“The ingredients are there for snowfall or at least light snowfall amounts throughout this week for the North Shore ski resorts,” she said.

“Temperatures are looking fairly cool throughout the work week, so that would help keep freezing levels low so that any precipitation that does fall, it will likely come down as snow.

“In terms of the forecast this week, I don't see anything substantial hitting the mountains, but just, you know, a little bit [of snow] sort of every day or every other day, which will help refresh conditions throughout the week.”

The Metro Vancouver forecast also calls for a chance of flurries this week, with predictions of rain showers or flurries from Tuesday night through Friday.

“For the next several days, we've got freezing levels that are going to remain fairly low, and that's why you see in our public forecast, for the City of Vancouver itself, snow mixed in with rain, and it's because the freezing levels are low enough that there's the potential for precipitation to switch over to snow or to have some snow mixed in with the rain,” said Erven.