Cold weather beds are open once again at the North Shore homeless shelter this week as another blast of winter lingers in North and West Vancouver.
Feb 22, 2018 5:00 PM By: Jane Seyd 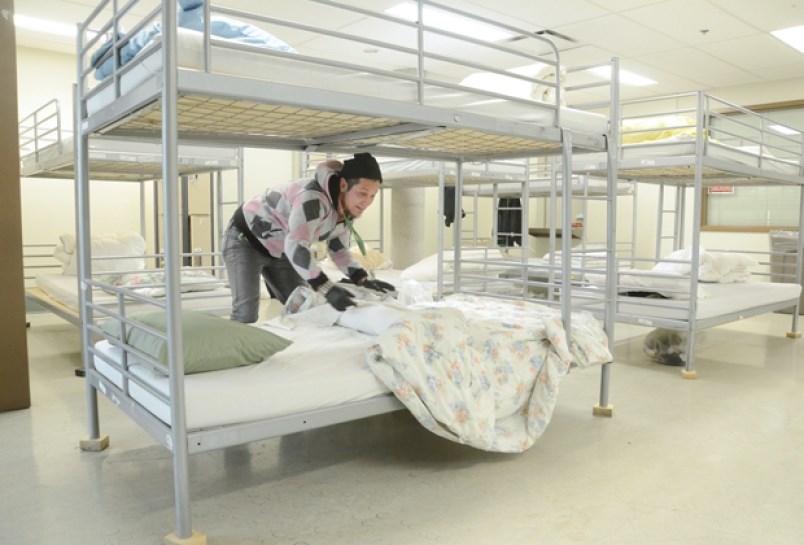 Cold weather beds are open once again at the North Shore homeless shelter this week as another blast of winter lingers in North and West Vancouver.

About 10 people a night have been bedding down on mats in the North Shore shelter since Saturday, said Wes Everaars, director of development for the Lookout Housing and Health Society, which runs the shelter.

That’s up from the number of people who used the shelter over a six-day period from Feb. 9 to 14.

Emergency beds are available whenever it snows, when temperatures dip below zero or during cold periods with two days of heavy rain.

The shelter can roll out up to 20 cold weather mats each night, in addition to its regular 40 shelter beds, which are always full.

Up to 25 more sleeping mats can be added at North Shore Neighbourhood House if needed.

Some of those coming in to the shelter are people who have been camping out in their cars, said Everaars. Others have been living rough outside, either by necessity or choice.

Outreach workers are also out in the cold weather, checking on people and bringing them supplies, he said.

Everaars said when it comes to donations, the No. 1 item the shelter really needs is money, although they also welcome cold-weather clothing like coats, scarves, mittens and long underwear.

Those could come in handy through the next few days as Environment Canada has issued a snowfall warning for Friday, with snowfall amounts of up to 10 centimetres expected into Friday evening.

“Rapidly accumulating snow could make travel difficult over some locations,” according to the weather office – including through rush hour.

Temperatures are expected to warm up a bit later in the weekend, although overnight flurries are still possible Monday and Tuesday, according to forecasters.