Some dog owners are warning people to be on the lookout for what their dogs put in their mouths after several pooches ingested drugs while being walked on local trails.
Jul 28, 2020 1:30 PM By: Ben Bengtson 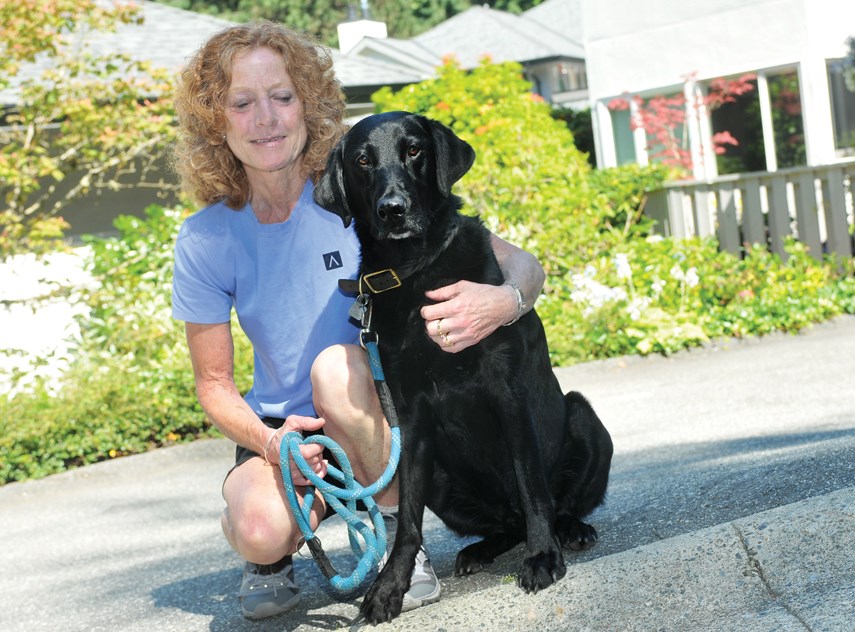 Some dog owners are warning people to be on the lookout for what their dogs put in their mouths after several pooches ingested drugs while being walked on local trails.

The dog was acting uncharacteristically lethargic when Dooley brought her to a 24-hour animal hospital and she was admitted for diagnostics.

Gracie tested positive for THC-cannabis toxicity after likely consuming the drug while out walking, said Dooley.

“These drugs are very toxic for them – and very expensive for people to pay for treatment,” said Dooley.

Although she couldn’t say for sure what trail she was on when Gracie likely consumed the drugs, she frequents walks such as Mosquito Creek and the Powerline Trail near Grouse Mountain, said Dooley.

For Nancy Hourston, a friend of Dooley’s, the situation could have potentially been even worse after her black lab Casey ate what was likely human feces laced with drugs while they were walking along Mackay Creek a few months ago

A few hours later, the dog appeared extremely lethargic and was standing there in a panicked state, according to Hourston.

She took her dog to the vet immediately for testing.

“[The vet] said he had marijuana but also a high level of cocaine in his system. I was stunned,” said Hourston.

Now, dog owners such as Dooley and Hourston want others to be more aware of what their dogs may be wandering off and ingesting in the hopes other pooches don’t get sick.

With the warm summer weather enticing more people outside, the chances of a dog accidentally ingesting drugs, or feces laced with drugs, may be higher, they said, adding that dog owners and walkers across the North Shore have noticed what appears to be more human excrement adjacent to outdoor trails recently, perhaps due to the ongoing COVID-19 pandemic.

“People have been pent up and are perhaps coming outside more and more than they ever have before,” said Marla Brillinger, veterinary assistant manager at Mountainside Animal Hospital, where both Dooley and Hourston took their pooches after they ingested drugs.

However, even before more people were using local trails in the era of the pandemic, this has been an ongoing issue, said Brillinger.

“It’s becoming more and more regular and more and more frequent,” she said, noting how drugs like cannabis have a very different effect on dogs than they do on humans. “There’s been a lot of talk about it on the North Shore.”

“It’s really hard with dogs because they forage and they pick up stuff that you don’t see. Just monitor if you see something. And I think an important point is that if they suspect or know the dog has picked up something, call the veterinarian right away,” said Brillinger.

And while Dooley and Hourston pass no judgments on those who use drugs, or may find themselves in a situation such as homelessness where they have no easy access to a bathroom, they’d like more people to be aware of how harmful it can be for a dog to consume.

“If people are using drugs it can be transmitted to dogs or any other wild animals that way. All they have to do is kick some dirt over it or put a rock over it. Then it would avoid all these problems,” said Hourston.