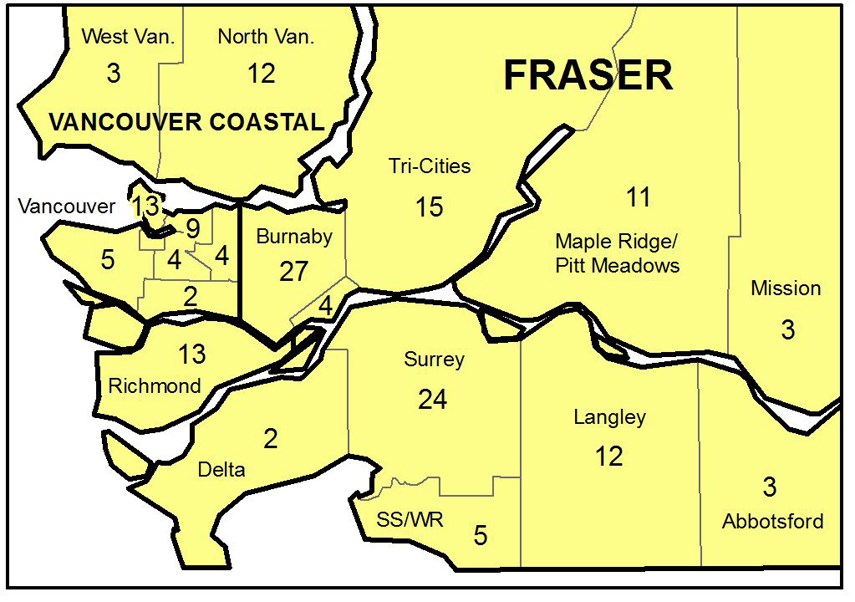 According to the B.C. Centre for Disease Control’s latest data from July 11 to 17, 12 North Vancouver residents tested positive, bringing the total number of infections there to 3,696. West Vancouver residents added another three cases in that same time period for a grand total 1,331.

In the previous seven-day reporting period, the number of new North Vancouver and West Vancouver cases was 9 and 2 respectively.

On the vaccination front, North Vancouver has been overtaken by some Vancouver neighbourhoods, but it remains among the most vaccinated communities in the Lower Mainland with 87 per cent of eligible residents having had at least one dose as of July 20. West Vancouver/Bowen Island is currently at 82 per cent. As of July 21, 80.1 per cent of all B.C. residents over the age of 12 had received at least one dose and 59 per cent have received two.