New SeaBus not fit for service until 2020

TransLink’s new SeaBus, the Burrard Chinook, won’t hit the water likely until the summer of 2020 after it was delivered in a state not suitable for service. The Chinook arrived from the Dutch firm Damen Shipyards Group in the summer.
Sep 25, 2019 2:04 PM By: Brent Richter 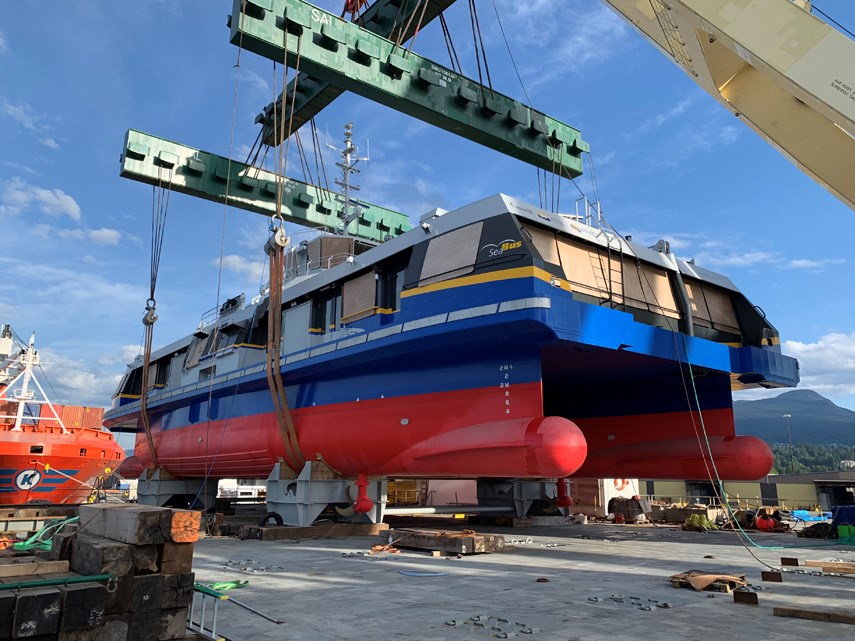 TransLink’s new SeaBus, the Burrard Chinook, won’t hit the water likely until the summer of 2020 after it was delivered in a state not suitable for service.

The Chinook arrived from the Dutch firm Damen Shipyards Group in the summer. But after undergoing sea trials in early August, engineers found the vessel sat too low in the water compared to the rest of the fleet.

“Although relatively small in the depth change, it can have adverse effects, especially in rough sea conditions ­- also alignment issues within the terminal,” Mike McDaniel, president of Coast Mountain Bus Co., told TransLink’s board of directors Wednesday morning.

At issue are the shape of the hull and the weight of the boat, which came in heavier than anticipated thanks to a larger onboard air conditioning system and an advanced emissions control system that puts the Chinook’s emissions at about 75 per cent lower than the Burrard Otter II, which Damen also built. McDaniel said it should make for a more comfortable crossing in the summer months, “but with that comes more weight.”

Modifications to increase the size of the dual hulls are now in the design phase. The SeaBus is docked at Seaspan’s Vancouver Shipyard. Once the work is done, the Chinook should ride about seven to nine inches higher than it currently does.

“Our SeaBus vessels are very complex pieces of machinery and we expect to get more than four decades out of each vessel. It’s vitally important that we get it right, right from the beginning,” McDaniel told the board. “A handover will occur when all performance expectations are met and we’re currently targeting the summer of 2020 for that.”

The design/manufacturing hitch should not impact riders, however, as TransLink has put all three of its current vessels into service to allow sailings every 10 minutes during rush hours, he added. That’s been made possible by stepping up the preventative maintenance schedule for the ferries while they are not in use.

The budget for the new SeaBus was $29 million, which McDaniel told the board shouldn’t be impacted by the extra work.

“We are under budget currently and we do anticipate through the rest of the final modifications that we will remain within the budget, and so there is not a cost implication to this,”McDaniel said. “From a cost perspective and a customer perspective, from a safety and seaworthiness perspective, we feel like we’ve crossed all the t’s and dotted all the i’s.”

In an interview, McDaniel said TransLink has received a few complaints from commuters who are upset their bus connection is no longer in synch with SeaBus sailings since 10-minute service started in early September. But he said that is to be expected with the introduction of more frequent service, and actual commute times shouldn’t take any longer than they did before.

When the Chinook does enter service, the original 1976 Burrard Beaver will be used only as a backup vessel.