Citizens group is hopeful that it can get up to $1 million in provincial funding to help pay for the cost of restoring the oldest building in the district
Oct 6, 2020 11:56 AM By: Martha Perkins 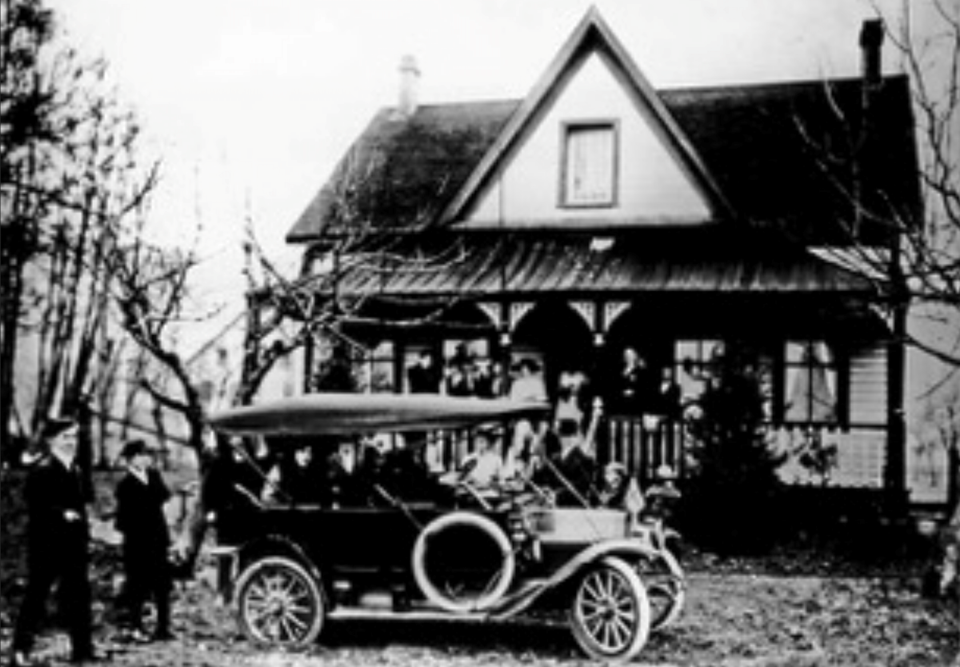 The 148-year-old house was once the home of Navvy Jack Thomas and his wife Slawia (Magdeleine), the granddaughter of Squamish Nation Chief Kiepilano.West Vancouver Historical Society

Navvy Jack House has been given a reprieve.

Not only have District of West Vancouver councillors voted to halt talk of demolishing the building but they also put the wheels in motion towards giving the district’s oldest house a formal heritage designation.

Underlying council deliberations on Monday night was a dual-edged sense of urgency.

West Vancouver Streamkeepers Society plans to install a salmon rearing habitat at the mouth of Lawson Creek, which runs alongside the 148-year-old home. In order to comply with fisheries laws, that work must be done in August 2021. “Leaving the house where it is is not an option,” the group says.

Council and the West Vancouver Historical Society agree and are in full support of the streamkeepers’ project.

However, moving and restoring Navvy Jack House to another site on the district-owned property will be an expensive endeavour. The move itself will cost $50,000, according to a preliminary estimate by house-moving company Nickel Brothers. Restoration may cost upwards of $2.3 million.

The province recently announced a pandemic funding program that includes heritage projects. The historical society believes Navvy Jack House has a really good chance of getting a Community Economic Recovery Infrastructure Program grant, the maximum of which is $1 million. The deadline for the application is Oct. 29.

To apply, applicants must show that the municipality “has serious skin in the game,” said Coun. Nora Gambioli, who is council’s liaison with the Navvy Jack Citizens Group.

Monday night’s discussion about the house was a somewhat disorienting process.

Thirty people signed up to address council on the issue; for them, the motion on the table was for council to discuss whether to adopt a staff report that recommended the house be demolished. Staff said restoration would be expensive and there were other identified project priorities in the district, such as the new Ambleside arts centre and a permanent new home for the youth centre, that demanded financial resources.

The vast majority of speakers planned to lobby council to save Navvy Jack House. Many of them were descendants of John “Navvy Jack” Thomas and his wife Slawia (Magdeleine), the granddaughter of Squamish Nation Chief Kiepilano. “Their union was one of the first between the local Indigenous people and the incoming settler population, and their offspring continue to live in the Squamish, Tsleil-Waututh and Musqueam lands of the Lower Mainland,” the historical society says.

The descendants’ message was that by preserving the house, the district would be taking an important step in Canada’s reconciliation process.

However, before the delegations were heard, council was presented with Gambioli’s seven-part motion. It was eventually modified and split into nine separate motions, which included:

• looking into getting heritage designation;

• committing a matching amount up to $1 million in matching funds should the grant application be successful, with monies coming out of the Community Amenity Contribution Fund;

• and, at Mayor Mary-Ann Booth’s suggestion, asking staff to “develop a plan to respectfully and meaningfully engage with First Nations regarding their connection to Navvy Jack House, including archeological considerations.”

Most of these motions were required to support the grant application process.

All of the councillors had had time to read Gambioli’s motion before the meeting and, from the outset of the discussion, seemed in general agreement with the motion’s intent.

Then the question became how to let the speakers know that the council was already in favour of not allowing the demolition to go forward at this time?

COVID-19 pandemic procedures were not council’s friend. To keep everyone safe, council encourages people to watch the meeting live online and make their presentations over the phone. Rather than keep the speakers on hold, staff phoned each person when it was their turn to speak. This caused minutes-long delays between each speaker and also gave staff little or no time to explain that council was not voting to demolish the building.

When Marie Priessl, a descendant of Navvy Jack and Slawia, was told of council’s desire to engage with local First Nations about the house’s significance, Priessl burst out with relief. “I love it. I absolutely love it. I have original photographs of Navvy Jack’s daughters. I think they’ll be dancing up there.”

“Oh my God, thank you. Thank you so much. That means more to me to know,” said Andrea Jacobs, another descendent. She said the spirit of those three daughters still resides in the house.

There were technical issues when Rod Day, president of the historical society, was told of Gambioli’s motion over the phone. He had the meeting playing live in the background, causing feedback and delays. In the end, he didn’t give his presentation outlining the society’s plan for preserving the house and applauded council for its decision.

And here’s another “however.”

However, the process of hearing the delegations first meant that council did not discuss Gambioli’s motion (which was ultimately split into eight separate motions) until after speakers were told that alternate motions were going to be considered.

Coun. Craig Cameron voted in favour of eight of the nine motions and supported the intent to allow the process to move forward quickly in order to accommodate the grant application. However, he also expressed concerns that council was voting on motions in the absence of a detailed examination of the project’s feasibility.

“We have no funding, we don’t know if [the building is] salvageable or if it can be moved. In the face of all this uncertainty we’re committing to have the house moved by May 31, 2021,” he said towards the latter part of the council debate. “It seems irresponsible to make decisions in the absence of knowledge.”

Gambioli said the working group had been working diligently for the past few months doing a lot of the work that would have normally occurred after council endorsed the funding application.

The citizens group says the project is “shovel ready.”

Council has allocated up to $150,000 to formally determine the feasibility and cost of restoring and relocating Navvy Jack House.