Licence could be revoked over noise complaints
Dec 9, 2019 8:11 PM By: Jeremy Shepherd 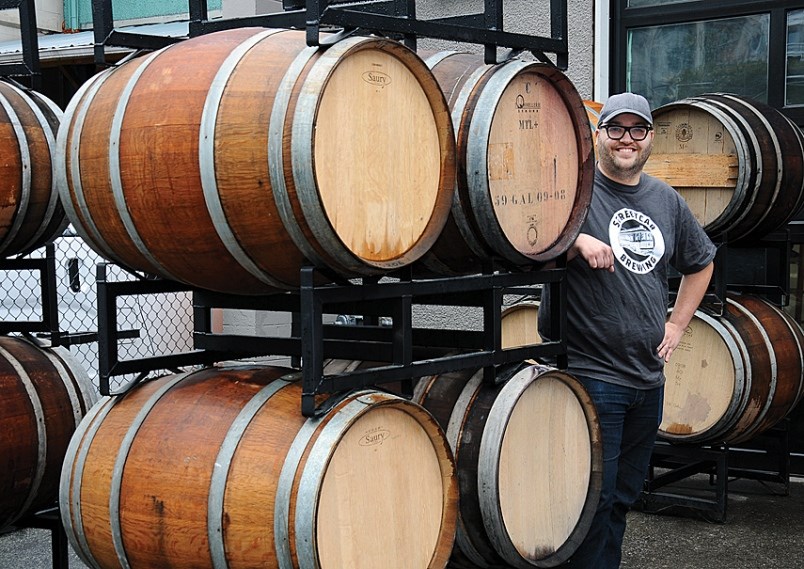 It’s a case of trial by ire.

Streetcar Brewing has 12 months to prove it can operate a lounge and patio at 123A First St. East without becoming a noise nuisance in the neighbourhood, following a City of North Vancouver council vote Monday.

Besides moving from flights to pints, the licence allows the craft brewery to open a 26-seat lounge as well as a 24-seat patio.

Relieved that council opted not to reject his application outright, brewery founder Simon Koldyk pledged to keep the volume down, suggesting he may install noise-cancelling umbrellas on the patio.

“I want to work with the residents and see what we can do to combat noise,” he said after the meeting. “You can still keep it fun without making it too rambunctious.”

“We want small businesses to be doing well and thriving,” she said. “At the same time, we do all operate in the context of community, and so we have to be good neighbours.”

The only dissent was voiced by Coun. Don Bell, who opposed the application over concerns about noise in the laneway.

Coun. Jessica McIlroy, who proposed the trial period, suggested the brewery might bring more life to the lane.

Coun. Tina Hu agreed, adding that it behooved Streetcar Brewing to “help to manage the alley . . . should the customers cause any problems.”

The trial period also won support from Coun. Angela Girard, who noted that noise from other bars and restaurants sometimes drifts to nearby stratas.

“If we’re going to support a larger . . . corporate establishment, I think we owe it to our smaller businesses to support them,” she said.

While a majority of respondents to the city’s public input process favoured the new lounge, several nearby neighbours opposed the change, with a dozen residents focusing their objection solely on the patio.

The patio is scheduled to shut down at 9 p.m. The lounge can operate until 11 p.m. on Friday and Saturday nights.

Streetcar Brewing is obligated to draft a good neighbour agreement that meets the standard of city staff.

Staff are set to report back to council in one year regarding any complaints and remedies that arose during the year.

In April, council voted to create a Lower Lonsdale brewery district where it would be easier for breweries to get lounge licences. Since then Beere Brewing, House of Funk Brewing and North Point Brewing have received their lounge licences.

Coun. Tony Valente, after explaining he lives near the brewery, recused himself from the discussion.