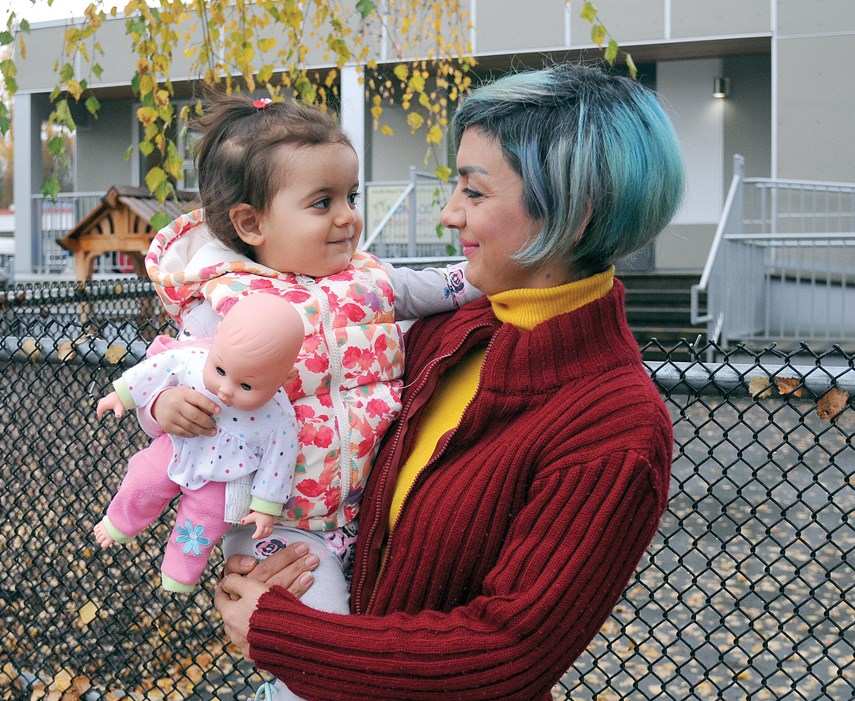 North Vancouver father Amir Shiekh Bagheri was recently pondering a dilemma – take extra weekend shifts in his food processing job or a second job to earn needed money or spend that time with his two-year-old daughter.

For Shiekh Bagheri and his wife Mona Baghi, who settled in North Vancouver a year ago, living on one salary while Baghi upgrades her English skills and education has been a financial squeeze.

Daycare costs – which have gradually been reduced under new government programs – have contributed to that.

Recently, however, the couple got some welcome news – their daycare Novaco, run by North Shore Neighbourhood House next to Norgate Elementary, has been selected as part of a provincial pilot program in which families will pay only $200 a month for child care. For some low income families, the cost of daycare will be fully funded by the province.

Shiekh Bagheri said that’s “priceless for me.” Being able to spend time with his daughter is “like a gift from Santa,” he said.

At first, the pilot project was set to cover 12 families in Novaco’s infant and toddler program. On Nov. 16, however, the province expanded that to include 25 more children in the daycare’s three- to five-year-old age group.

Paul Edgett is another North Vancouver dad benefitting from that.

Edgett and his wife, both professionals, have four young children – three of them in the three-to-five program at Novaco. Prior to last Friday’s announcement, full-time daycare for his children at Novaco cost about $2,700 a month, said Edgett. Now those costs will be about $600. That will make a difference to what other activities his kids can take part in, he said.

All 37 families at Novaco are now part of the province’s pilot program to provide child care for $200 a month or less.

All daycares that previously signed up for the NDP’s provincial subsidy program were eligible to apply for the pilot program. North Shore Neighbourhood House submitted applications for all five of its child-care sites, said executive director Lisa Hubbard, and Novaco was chosen – one of 53 daycares across the province that is taking part in the pilot project.

“It’s going to make a life difference” to the families involved, said Hubbard.

Families themselves do not have to qualify for the program through a means test. That means all families with kids at Novaco can take part – regardless of their income.

Child-care providers taking part in the pilot will receive government funding to cover their operational and administrative costs.

The goal is to gather information from the pilot project that can be used in developing a $10-a-day child-care program – one of the NDP’s election promises – said Bowinn Ma, MLA for North Vancouver-Lonsdale.

The pilot program runs until the spring of 2020.