A large-scale condo project in West Vancouver’s Horseshoe Bay adopted with a unique “locals first” policy which put North Shore buyers at the front of the queue has now opened its doors to buyers from around the world.
May 18, 2017 4:15 PM By: Jane Seyd 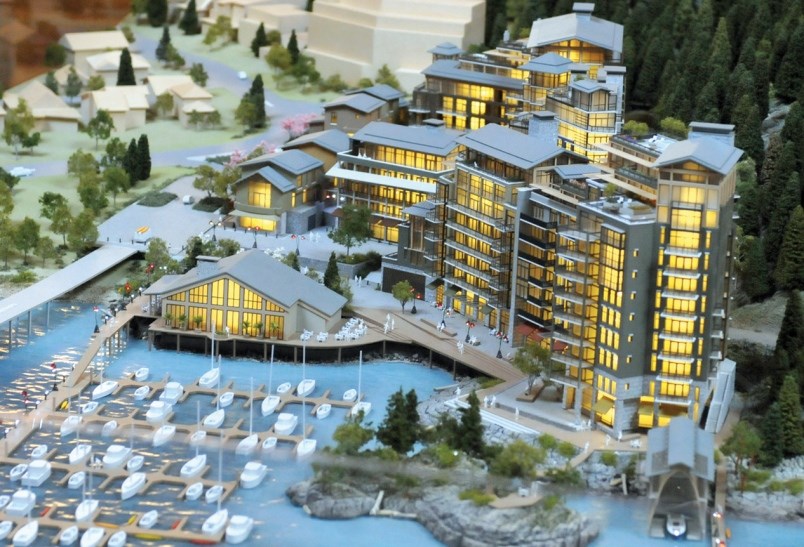 A large-scale condo project in West Vancouver’s Horseshoe Bay adopted with a unique “locals first” policy which put North Shore buyers at the front of the queue has now opened its doors to buyers from around the world.

The project by Westbank developers on land currently owned by Sewell’s Marina includes a 159-unit condo complex in six buildings ranging from three to 11 storeys.

Last summer, Westbank pulled its development application hours before a scheduled public hearing after concerns were raised both about the affordability of the units and the ability of local residents to buy in to the project. At the time, some council members indicated they weren’t happy that the project had already been marketed at a two-day open house in Hong Kong.

After going back to the drawing board, the project was re-introduced – and approved – in the fall, with a requirement that condos be marketed to local residents first, and that would-be buyers sign a declaration that they or their family members intended to live in the units.

So far, about half the units in the project have been sold to people in the Metro Vancouver area.

Michael Braun, marketing director for Westbank, is counting that as a success.

Some people, however, still have lingering questions about how affordable the project is and whether people who buy the units will really end up living in Horseshoe Bay.

Braun said he’s “very happy” with the response so far from the local community. “West Vancouver projects don’t sell out in a weekend,” he said. “They sell over several years.”

Braun said since February, the condo project has been open for anyone to purchase, but buyers must still sign a declaration that they or a family member intend to live in the unit.

Braun acknowledged that enforcing that would probably be difficult.

“You can’t totally restrict someone,” he said. “You may have to move or someone dies. There’s also the nature of private property rights.

But he added, “We’ve been selling to people who’ve signed the declaration and we think are committed to that declaration.”

Braun said some would-be buyers who were obviously just looking to invest have been encouraged to look at other projects instead.

Since the “locals only” marketing period expired, the company did promote the project at a sales event in Hong Kong, said Braun, but noted no units were sold at that time.

West Vancouver Coun. Mary-Ann Booth said she felt Westbank did make an effort to address concerns that the project not end up merely as a luxury investment vehicle for foreigners.

But she added she does have concerns about both the strength of the declaration buyers have signed and sale prices she’s heard about which, “I don’t think have met my expectations.”

Booth said she’s read about condo units in the project going for multiple millions which have worked out to prices far in excess of the $875 per square foot average price quoted by the developer during the approval process.

“If you set international prices, it doesn’t matter how long you give people to buy,” she said.

Braun said he knows of some residents who have voiced concern about the unit prices. But he said $875 per square foot is an average for the entire project, not what the larger waterfront units can be expected to fetch.

Units sold to locals have ranged from half-million-dollar one-bedroom units to a penthouse sold to a buyer from Lions Bay, he said.

“There are all types of locals,” he said.