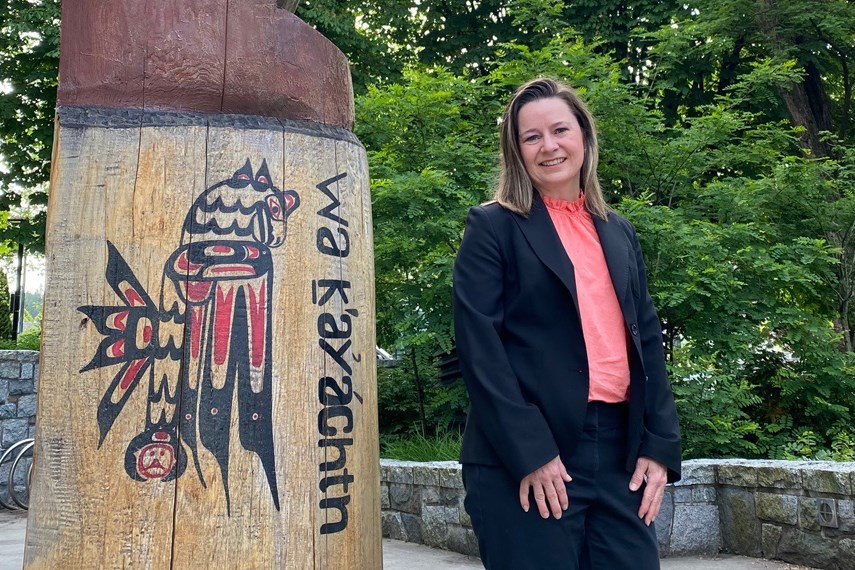 Munro topped the polls in Saturday’s byelection with 522 votes – 40.94 per cent overall.

Munro said being elected feels like a culmination of her many years of work volunteering and being involved with the education system from pre-school to the library to the Ecole Ross Road Elementary parent advisory council.

“I’m still getting used to it, but it feels good,” said Munro after the results were made official Monday morning. “I’m really looking forward to this opportunity to bring together what I've learned to support the school district.”

The district called a byelection in March after former trustee Devon Bruce announced his resignation in February.

Once she is sworn in, Munro said you can expect her to be a passionate advocate at the board table for Indigenous education and support for complex learners

“Both of those are personal for me, as well as from a community perspective,” she said. “I would love to be involved in anything that we can do to help encourage Indigenous students … and let them feel that the school is a place that they can belong and feel comfortable in to succeed – just like any other students.”

As the “new kid” for the remainder of the term, Munro said she also will be spending a lot of time listening to the different voices at the table and making sure her constituents are heard as well.

“It's not so much that I've come in with an agenda, but to actually represent the voices that are out there and the people who supported me and the people that are in my community,” she said.

Munro said she ran a traditional campaign with elections signs, social media outreach and encouraging everyone in her contact list to come out and vote.

The cost of holding a byelection is approximately $80,000.