Ka-chinging in the new year? 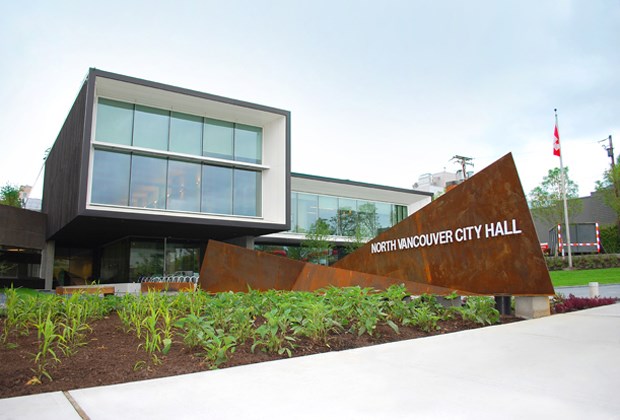 A commercial gaming company is asking the city to take a second look at its ban on gambling in the city in hopes of putting slot machines on the waterfront.file, North Shore News

A gaming company is hoping for some luck in convincing the City of North Vancouver to overturn its ban on gambling in order to allow slot machines on a redeveloped waterfront.

Playtime Gaming, which owns seven "community gaming" facilities in B.C., is making the pitch to take the lead on redeveloping Lot 5 of the city waterfront. But, because of an 18-yearold city ban on commercial gaming, staff wouldn't meet with Playtime to discuss the proposal, according to Arthur Villa, the company's co-ordinator of business development.

The application Playtime would like to submit would include restaurants, boutique retail, an expansion of the Pinnacle Hotel, underground parking, a public theatre, skating rink or water feature, and about 40-per cent green space and public areas along with an area that includes slot machines in order to make the rest of the project financially viable.

"We believe our proposal covers much of the wish list council had with respect to the Lower Lonsdale area with the added benefit of being able to make all of it economically feasible," he told council Dec. 2. "Our proposal for Lot 5 could be the engine that drives a large portion of the waterfront plan."

Cities that host casinos or community gaming facilities, get a 10-per cent cut of the house revenue. Community gaming facilities differ in that they only include slots and/or bingo and have limited operating hours, according to Villa Council was skeptical of the plan but asked staff to prepare a report on the social and economic impacts other cities that have gaming experience.

"I'm sure those communities are happy to receive the 10 per cent of the revenue but what are the other cost that are related?" Coun. Don Bell asked.

Villa responded that despite a boom in gaming allowed by the province since the early 2000s, only about 4.7 per cent of gamblers become "problem gamblers" and that crime remains low near Playtime's facilities.

He added that a surprisingly high number of North Shore residents are already gamblers, according to data from the B.C. Lottery Corporation.

"It may interest you to know more than 50 per cent of the people on the North Shore frequently visit casinos and gaming facilities across the water," Villa said.

Excluding Squamish First Nations land, Playtime hasn't found any locations on the North Shore that would work as well in five years of looking, said Villa.

Coun. Guy Heywood noted that there are plenty of service agencies and community groups that rely on gaming grants on the North Shore, but no gaming facilities that would make the city a contributor. But, he added, staff's report ought to include up-to-date research based on the BCLC's stats on addiction.

"(As) to slot machines themselves as one of the modalities of gaming, my suspicion is that they are one of the forms that has the greatest social consequences and victimization, so I would like staff to consider that as well," he said.

For Coun. Pam Bookham, the drawbacks weren't justified, given the lack of demand for gaming on the North Shore.

"In my eight years on council, I have never received an email from a taxpayer asking us to look at gaming in the City of North Vancouver. There simply is no groundswell of interest," she said. "I would have to feel a groundswell of support from our residents to even entertain the idea, so it's going to be an uphill battle as far as I'm concerned."

The last time the city reviewed its ban on gaming was more than a decade ago, Coun. Craig Keating noted, and voted to keep the ban on the grounds that charity gaming shouldn't have to compete with for-profit gaming.

"I think that relationship between gaming and charities was quite different when we last discussed it 12 or 14 years ago when there was in fact private bingos in church basements we were trying to protect, and I think most of those have gone the way of the dodo," he said.