Accused texted threatening messages shortly before fire started. He has pleaded guilty to arson of an inhabited property.
Jun 2, 2021 2:31 PM By: Jane Seyd 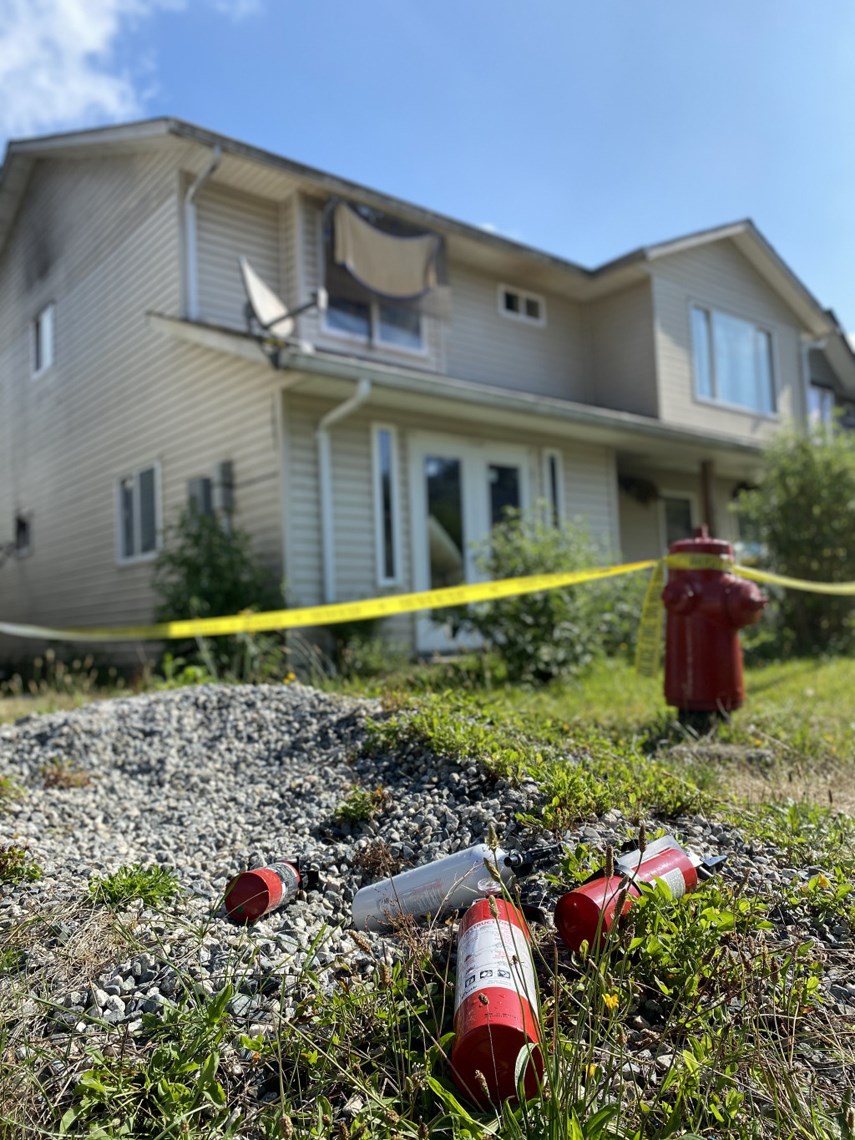 A man who set fire to his ex-girlfriend’s house in West Vancouver and tried to burn it down after she broke off their relationship should spend two to five years in jail, a prosecutor has argued.

Crown counsel Ariana Ward asked for the jail term during an aboriginal sentencing circle that began in North Vancouver provincial court May 19 for Scott Ryan Woods, 33, of Surrey.

Woods pleaded guilty Nov. 12 to a charge of arson of an inhabited property.

Ward told Judge Joanne Challenger that Woods had previously been in a relationship with Ilona Joseph, who lived at 331 Kawtin Road, but that it was a relationship marked by violence, frequently involving police.

Two days before her home went up in flames, Joseph had phoned police to say Woods had choked her in a violent encounter, said Ward.

When his ex-girlfriend refused to take his calls, Woods began texting her threatening messages about ignoring him, telling her, “I guess your house gets it then,” said Ward.

When Joseph told him she was calling police, Woods texted back, “I don't care if you call the cops. You won't have anything to go back to.”

Shortly after the fire started, Woods again texted his ex-girlfriend with the message, “I walked past your house and it's on fire, stupid. I saw the flames. I was trying to call you but I guess you don’t care.”

When West Vancouver Police arrived on the scene at 331 Kawtin Road at 9 p.m. on Aug. 23, 2020 they saw flames coming out of the window, as well as a makeshift ladder leading to a bathroom window, said Ward, which was where the fire was started with gasoline.

A crowd had formed outside and people were trying to put out the fire with fire extinguishers, she said.

Inside the house, the Joseph’s cousin Isaac Joseph was the only person home. He heard a smoke alarm go off, said Ward, and made his way outside where he saw Woods. The cousin was taken to hospital with smoke inhalation and later released.

Later, witnesses told police Woods had been seen walking towards the house a few minutes before the fire holding a jerry can.

Woods left the scene, said Ward, but returned later where he encountered Suzanne Paul, a family friend of the ex-girlfriend, who called police, telling them Woods smelled like gasoline.

When police arrived, they found Woods’ hair, eyelashes, facial hair and eyebrows singed from heat exposure, said Ward, and arrested him at the scene.

Police got security camera images from a nearby gas station showing Woods picking up the gas minutes before he torched the house.

When officers told him that, Woods admitted to some involvement in the fire, said Ward, saying he’d tried to cause some damage at the front door, but stopped short of admitting to having set the main fire in the house.

“He did say he didn’t mean for the fire to get out of hand. He said he shouted for help. But none of the witnesses said anything about him shouting for help,” she said.

The ex-girlfriend’s father had kicked Woods out of the house after the most recent violent incident with his daughter, said Ward, and Woods had been sleeping in a car outside in the days leading up to the fire.

Family members had to move out of the house for three weeks while repairs were made following extensive smoke and water damage, said Ward.

In victim impact statements, the ex-girlfriend spoke of losing sentimental items from her late mother in the fire, while her father said he had lost irreplaceable carvings estimated to be worth between $50,000 and $100,000. Both spoke of having nightmares and anxiety.

A pre-sentence report pointed to Woods being put in foster care as a child and being diagnosed with fetal alcohol spectrum disorder, said Ward.

The report pointed to Woods’ mental health being directly tied to substance use, she said, adding his comments appeared to try to minimize his role in setting the fire.

Woods has previous convictions for assaults on former girlfriends, said Ward, including one who he restrained and jumped on while she was pregnant, before pointing a gun at her and hitting her in the head with the butt of the firearm.

When another woman refused to hug him during a custody exchange of a child, he shoved her against a dumpster until witnesses intervened, said Ward, then texted her incessantly until she got a restraining order against him.

The sentencing in the case has now been adjourned until September.