Home prices in Vancouver have increased by nearly 80% in the last decade: study

A new study finds that uneven changes in income and home prices have eroded housing affordability in Canada over the past decade.

The study, conducted by Point2homes, shows that mortgages have become an increasing financial burden in 38 of the 50 biggest Canadian urban centres.

In Vancouver, the percentage of income spent on mortgages increased sharply since 2010, as wages could not keep up with surging home prices.

In 2020, homeowners in Vancouver spent 42% of their income on mortgages, compared to 30 per cent in 2010, making them the fourth-most cost-burdened in Canada.

Home prices in Vancouver have also increased by 78 per cent in the last decade, while wages grew by just 28.9 per cent in the same time-frame. Homebuyers in Vancouver should earn $45,865 (43%) more than they currently do, to relieve the financial pressure and keep their mortgages just under 30 per cent, explains Point2homes.

In Metro Vancouver, the most unaffordable city is Burnaby. Here, owners spend 44.7 per cent of their income on mortgages, making them also the most cost-burdened in Canada.

The study also points out that since 2010, the benchmark composite price crossed the $1 million mark in four cities: Richmond, Burnaby and Vancouver and Oakville, in Ontario.

Homeowners in three of the most mortgage-burdened cities (Burnaby, Richmond and Oakville) would need to earn an additional $50,000 to cover their mortgage stress-free.

Canada's most cost-burdened cities in 2020 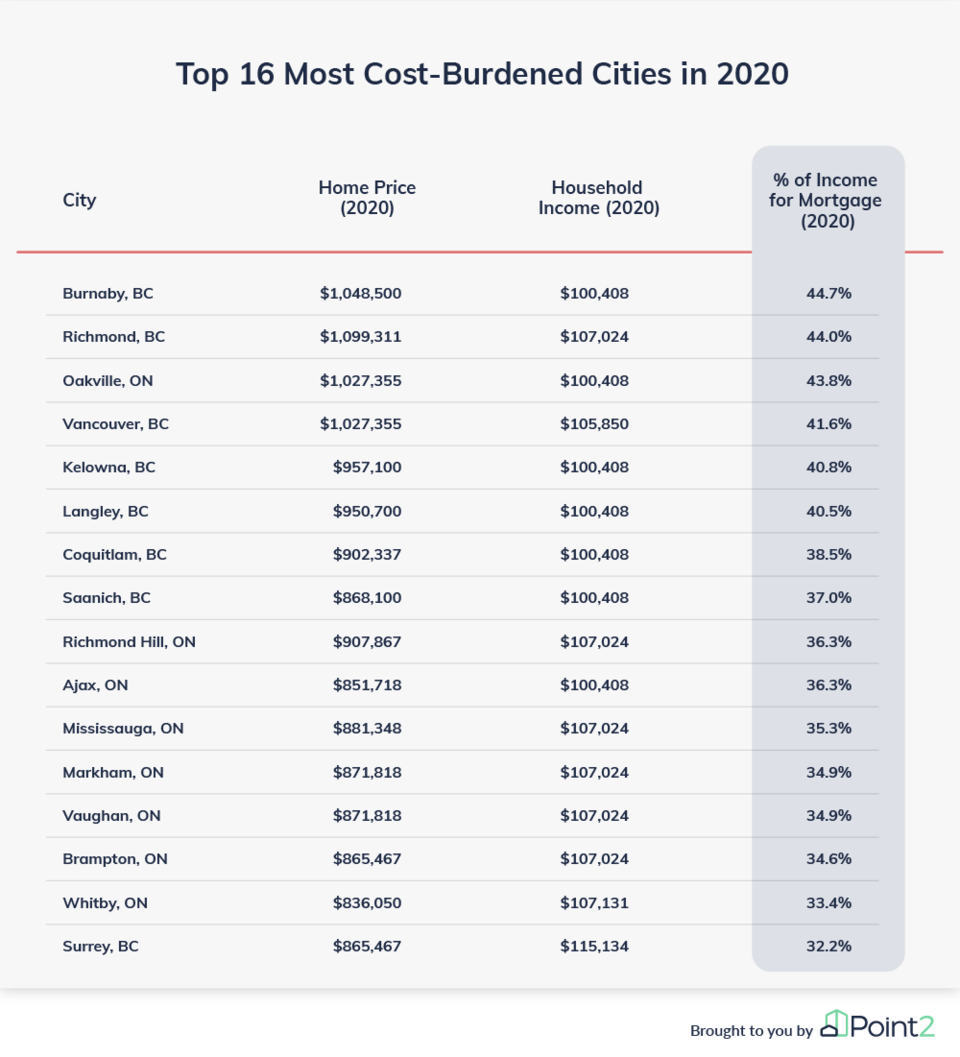 . By Photo via Point2homes

This study is based on the 50 most populous cities in Canada, sourced from Statistics Canada (Census Profile, 2016). The real median household income after tax from 2006 to 2018 was sourced from owners’ data from the Canada Mortgage and Housing Corporation.