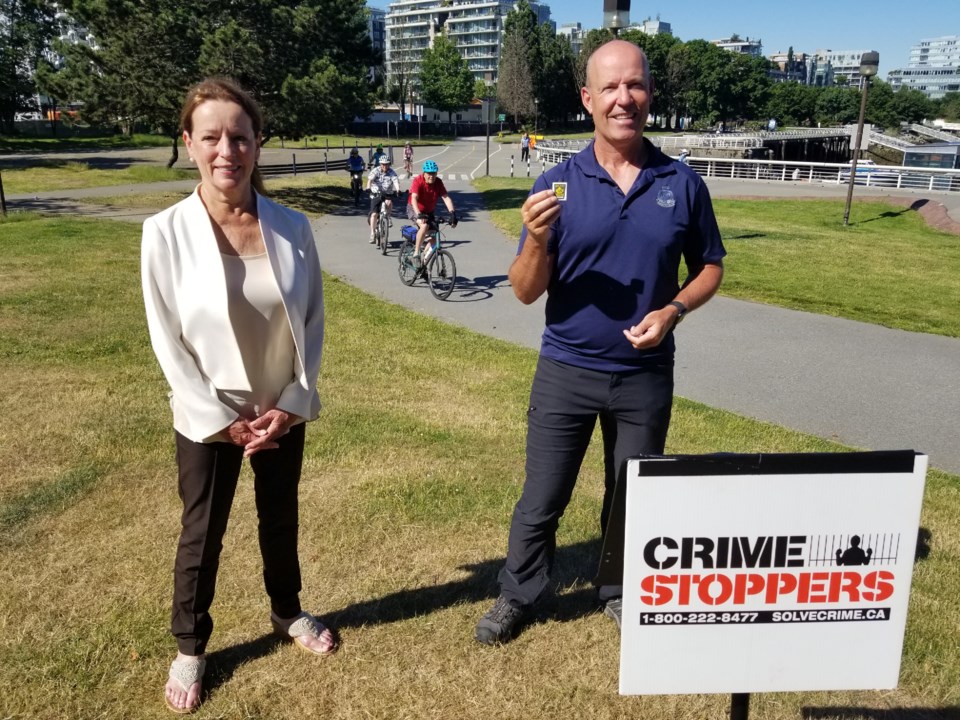 As the 2021 riding season ramps up, Metro Vancouver Crime Stoppers is asking the public to give tips that could end the organized thieving and selling of bicycles.

Organized crime fuels the theft of most high-end bicycles like mountain and e-bikes, the non-profit society wrote in a recent release. Most often, fences buy the stolen bikes which can be worth up to $5,000 from individual thieves. Some are fenced locally, while others are shipped across the border and down the I-5, or even across Canada.

“This is a well-organized operation complete with established transportation routes and networks of fences who buy and sell these bikes,” says Linda Annis, executive director of Metro Vancouver Crime Stoppers. “Someone somewhere knows who’s behind these theft rings, but of all the tips we receive at Crime Stoppers, there are precious few tips on bike thieves. Perhaps you know a family member, a friend-of-a-friend who’s involved, or you’re involved yourself and want it to end, but don’t want to be identified.”

Anyone with information is encouraged to report tips to Crime Stoppers by calling 1-800-222-TIPS, using the Crime Stoppers tips reporting app, or by sending a tip online.

The information will then be passed to the police and you will remain anonymous. You might even be eligible for a reward of up to $5,000 Annis says.

As well, cyclists are urged to record details about their ride with Project 529 to make it easier for police to return stolen bikes to their rightful owners. You can also obtain a 529 Garage registration “shield” to put on your bike that tells thieves your bike is registered.

40 per cent drop in bike thefts

Rob Brunt a detective and bike theft specialist with the Vancouver Police Department established a partnership with Project 529 in 2015. The partnership has resulted in a 40 per cent drop in bike thefts in Vancouver.

“Unlike your car, bikes don’t have vehicle identification numbers or a standardized serial number system across the cycling industry,” Brunt said. “Project 529 fills that gap. You can record your bike information on the Project 529 app for free to help us return your recovered stolen bike to you. But it only works if cyclists provide their bike information in advance. That’s what we’re urging all cyclists to do now as summer kicks off.”

For more information on Project 529 you can check out their website.