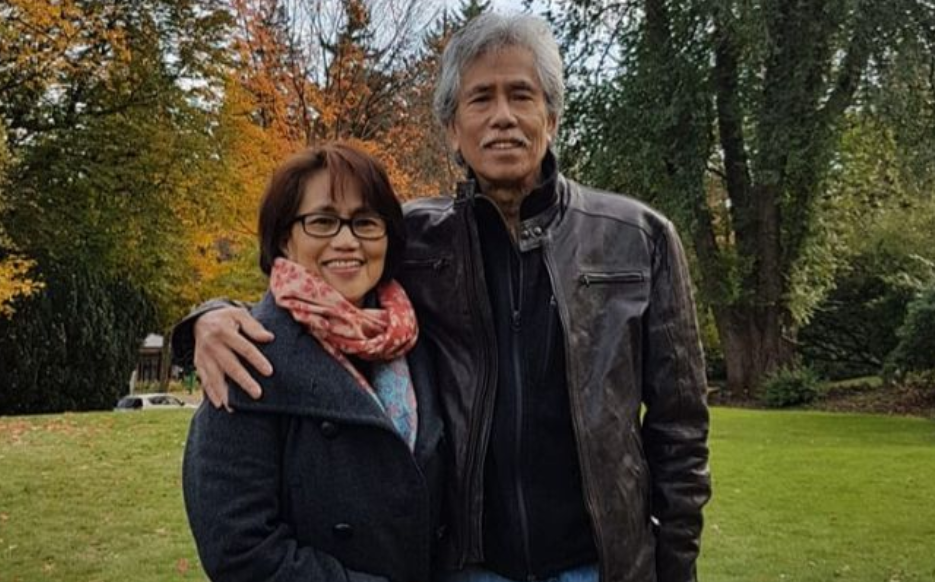 Marcelina Perdido Agulay, who died in a head-on crash in North Vancouver, and her husband Leonilo, who suffered life-threatening injuries, on Tuesday. Gofundme

The Burnaby woman killed in an early morning crash involving a suspected impaired driver is being remembered as a dedicated activist who worked to improve the lives of migrant workers.

Marcelina Perdido Agulay, known as Lina by her friends, was killed late Tuesday night in a head-on collision on Low Level Road when the driver of a vehicle crossed over the centre line.

North Vancouver-Lonsdale MLA Bowinn Ma said she was in tears during Question Period Wednesday, having just learned Agulay had died and her husband was in critical condition in hospital.

“I can honestly say that I am personally devastated and I have no words to express the depth of this loss to our movement as a whole,” she said. “She had a huge heart and what I would describe as an unfailing compassion and kindness that could make anyone feel welcome in an unfamiliar space.”

Very sad to hear this news. Marcelina was a tireless advocate for working people and making life better for everyone in our province. She will be missed by our whole @bcndp family. https://t.co/QbLAZgTZF4

Agulay was born in the north of the Philippines. Despite having a university degree, she made the difficult decision to find work as a caregiver in Hong Kong and Canada so she could send money home to support her husband and son. That experience shaped her into a committed and caring activist who fought for migrant workers in farming, caregiving, and food preparation, said Beth Dollaga, a close friend.

“It’s heart wrenching but it’s also good to honour Lina,” she said. “She was able to understand and empathize with these workers. And I remember Lina, she had this gentle spirit of listening.”

In addition to being an organizer with the BC Government Employees Union local 303 and NDP activist, she was a volunteer with Sanchez-Mira and Grupo Ilocano Association of B.C., and Migrante B.C. where she advocated for the rights of migrant works. She was a beloved grandmother. She was devout in her faith and taught Sunday school. And she was a master of northern Philippine cuisine.

“Food is one of the most powerful connections for compatriots like them. It's like music. Food is a shared cultural product.” Dollaga said.

City of North Vancouver Mayor Linda Buchanan is also among those mourning a friend.

"Her passion and dedication for organizing was boundless. Lina was the kind of person to jump in feet first and ask how she could help create a more equitable world for working people. Her legacy as campaigner, advocate, and devoted friend will not be forgotten here on the North Shore. My sincerest condolences to her family," she said in a statement.

“Lina was a community leader in the kindest, truest and best sense,” she said. “She sided with the oppressed and with workers and migrant workers. Her love for them lives in our hearts and in our commitment to also continue in the struggle for a just world. She encouraged all of us to follow her legacy.”

Ma said there is no question that others will pick up where Agulay left off.

“She was definitely very important to a lot of us, and just an incredibly kind woman and she'll be really, really deeply missed. But at the same time, I know that she's inspired a lot of young people in her time here and there will be many organizers, and activists that will continue to serve the community and fight for marginalized people because of her,” Ma said.
North Vancouver RCMP have said they are treating the crash as an impaired driving investigation. As of Thursday, there were no updates on the case.

“It’s not fair,” Dollaga said, in tears. “Why do you have to drive if you’re intoxicated? Why?”

A fundraiser set up to help the Agulay's family doubled its goal of $10,000 in one day.

“It’s with a broken heart that we have to announce the sudden passing of our Marcelina (Lina) Perdido Agulay,” her nieces, Karissa Abad and Pauline Bukovsky, wrote on the GoFundMe page.

“Our beloved Auntie Lina was taken too early from us. We are all in shock and in utter disbelief.”

The nieces described Marcelina as a wife, mother, grandmother, teacher, and devoted community member, who “will be missed so dearly.”

“Lina leaves behind a family who will miss her so dearly including a son and two grandchildren,” Abad and Bukovsky wrote.

Marcelina had just picked up her husband, Leonilo, from work and was driving along Low Level Road, west of the Neptune Cargill Overpass, shortly after 11 p.m. Tuesday (March 2) when they were involved in a head-on collision with another vehicle, with a suspected drunk driver behind the wheel.

Marcelina and Leonilo were heading eastbound when the westbound male driver of an Audi appears to have crossed the centre line, according to Sgt. Peter DeVries, spokesman for North Vancouver RCMP.

DeVries said the driver of the Audi is now being investigated for dangerous driving and refusal to provide a breath sample.

“It looks like this is going to be an impaired driving investigation,” DeVries said. “We do believe alcohol was involved, but we're still in the very early stages of the investigation.

"As the investigation continues, officers will work to uncover all available evidence pointing to the cause of this collision."

DeVries said it had been "a very sad morning” and the RCMP’s “thoughts and prayers” were with the family.

Money raised from the GoFundMe will go directly to the family to assist them with hospital and post-mortem expenses, bills, and groceries.

“Whatever it takes to get them back on their feet after this unexpected tragedy,” Abad and Bukovsky wrote.

To donate, go to the GoFundMe page: Support the family of Marcelina Perdido Agulay.

Trucker arrested for impaired driving after Highway 1 crash in North Van
Jan 8, 2021 7:03 AM