A cleaning woman who fled the home told police a client had threatened to pull a gun on her during a dispute inside his home: Burnaby RCMP
Jan 15, 2021 9:25 AM By: Cornelia Naylor 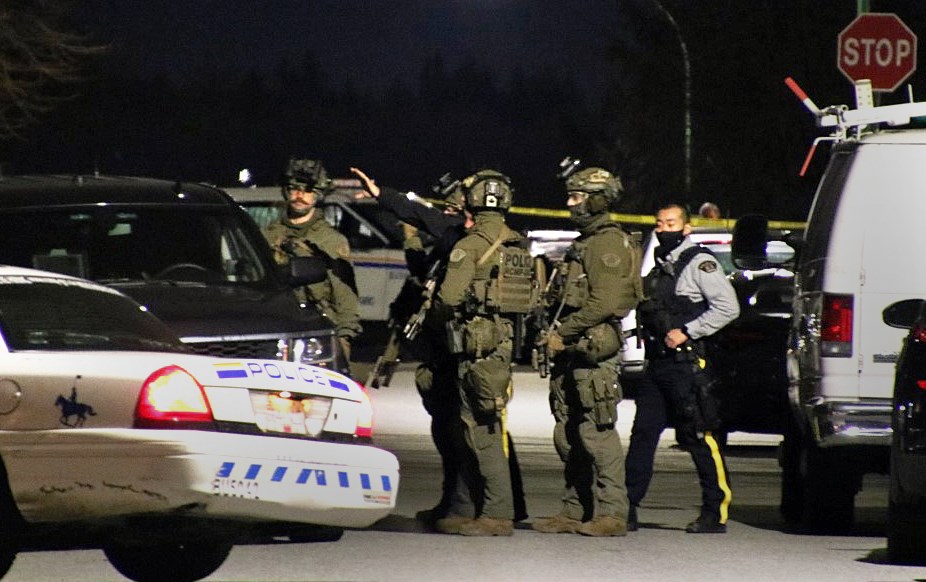 Police negotiated for five hours with a 48-year-old man who had barricaded himself in his Burnaby home Thursday. He surrendered after they deployed tear gas.Ryan Stelting
An hours-long police standoff in Burnaby Thursday evening was sparked by a cleaning woman who told police a client had threatened to pull a gun on her during a dispute inside his home, according to Burnaby RCMP.

Police were called to the home in the 4600 block of Union Street at about 5 p.m. after the woman fled the home and called 911, RCMP spokesperson Cpl. Brett Cunningham told the NOW.

Officers went to arrest the suspect, but he barricaded himself inside the home, according to police.

“At that point, we surrounded the house, and it was five hours of negotiation between both our frontline general duty members and the ERT (Emergency Response Team) crisis negotiators,” Cunningham said.

The man eventually surrendered when police deployed tear gas into the residence, he said.

The suspect, a 48-year-old man who was wanted on a criminal harassment warrant out of Surrey, was then taken to hospital to deal with the effects of the tear gas, according to Cunningham.

“There were no injuries as a result of the arrest,” he said.

The suspect remains in custody, and police are currently working on obtaining a search warrant for the home, according to Cunningham.

“What we’re going on is her description at this point,” he said of the alleged victim’s version of events. “We don’t have a firearm.”

This story has been changed. The original stated the woman told police the man had pulled a gun on her. Police later clarified and said the woman had, in fact, said the man had threatened her by saying he had a gun.