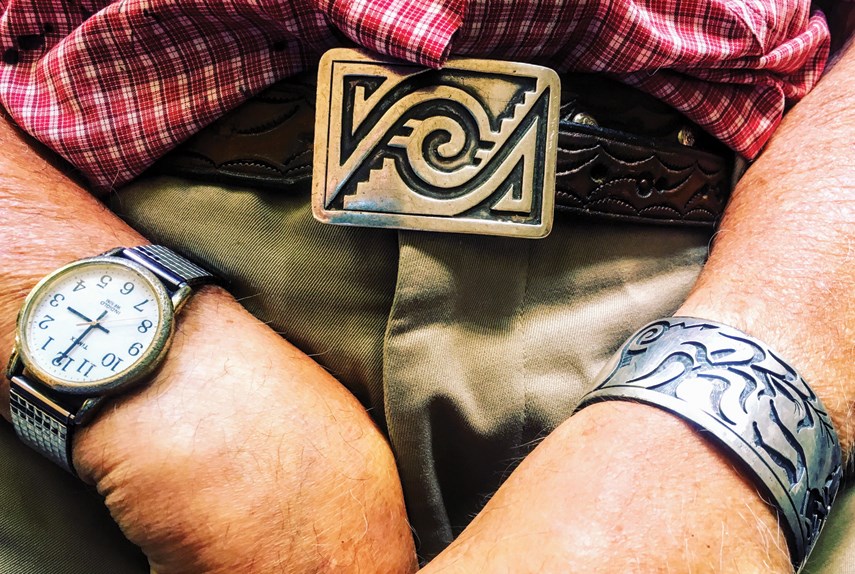 Hugh Hamilton was a giant in the world of old growth preservation and many of the centuries-old trees still standing in the Upper Lands of West Vancouver have him to thank.

Now, a year since he passed away, his family is trying to locate a Hamilton family heirloom they suspect is somewhere in the community.

From the ages of nine to 17, Hamilton was raised by his American aunt Helen while his parents lived in India. When Hamilton was in his 20s, she gave him a belt buckle crafted by Hopi silversmith Lawrence Saufkie.

“And he'd worn it ever since – one of his prized possessions, so it's a pretty special thing,” said Cynthia Simpson, Hamilton’s daughter.

Hamilton died in April 2020. In his will, he left the silver buckle to a family member but after going through all of his belongings, there is no sign of it, Simpson said. They’ve been searching his contact list for anyone who may have seen it or remembers him discussing it.

But between his work with the Old Growth Conservancy Society and West Vancouver Streamkeeper Society, there’s no way they could reach everyone, Simpson said.

“He was very, very passionate about that area and took a lot of people for hikes up there and has done a lot for that whole area,” she said.

In his later years, Hamilton was living with dementia and so his family’s best theory is that he may have handed the buckle over to an acquaintance.

“My dad was very giving and very kind,” Simpson said. “I realize that's a bit of an awkward thing to put out there, but hopefully if (someone) is learning more about what a special item it is, they will return it.”

Anyone who knows of the buckle’s whereabouts is asked to email petercynthia86@gmail.com.