Many patients in North Van and West Van have the option of seeing their doctors online
Apr 17, 2020 10:00 AM By: Jane Seyd 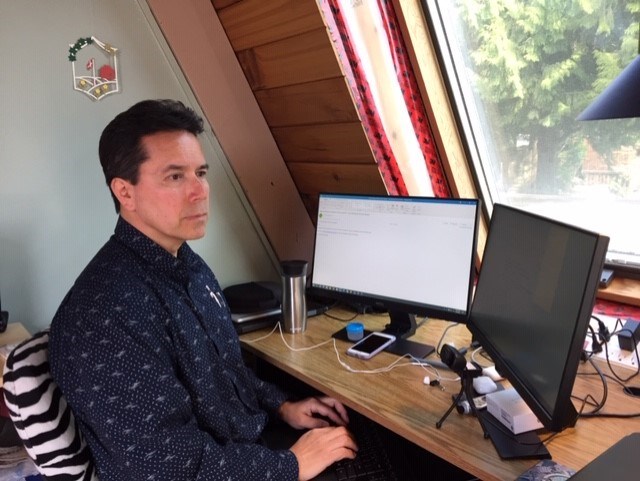 While all eyes on the province nervously watch the progress of the COVID-19 pandemic, there’s one part of the health care system that’s been eerily quiet – local doctors’ offices.

And that’s not necessarily a good thing, say local physicians, who worry that people who should be seeing a doctor might be staying home.

Now local family doctors want to put the word out that doctors are still seeing patients. And in many cases, patients now have the option of seeing their doctor from their living room, via either phone calls or videoconferencing.

Usually patients first phone their family doctor’s office and set up an appointment time to talk, either on the phone or through a video chat platform like Facetime.

In most cases, especially when the doctor and patient already know each other, the interaction is fairly similar to the way it is face-to-face, said Dr. Krystine Sambor a North Vancouver family doctor who is also on the Division of Family Practice board.

Even when the patient is simply describing symptoms over the phone, “it’s amazing how much you can get just from a simple phone call,” said Chaboyer.

E-visits with doctors have been made possible by the province agreeing to allow doctors to bill for virtual care.

Nicole Garton of North Vancouver is one of Sambor’s patients who recently had a virtual appointment for a prescription renewal.

Garton said she already had an app loaded on her phone through which it was possible to book the appointment.

“I was able to book an appointment the next day,” she said.

From start to finish the appointment was five minutes, she said, and her doctor sent the prescription directly to the pharmacy.

“Now that I’ve done it, I love it,” she said, adding the ease of her appointment then frees up the doctor’s time for other patients or more complicated cases.

Chaboyer said seeing a family doctor virtually is different than seeing a doctor over other online health services, because a family doctor will have access to the patient’s full electronic medical record and will also have relationships with local specialists.

Of course, some medical issues will still require an in-person visit, such as patients who have recently had surgery or need sutures removed or need to be closely monitored for chronic health conditions.

Both Sambor and Chaboyer say local doctors are still seeing patients when needed, and have protocols in place to ensure safety.

For those who think they do have COVID-19, most with mild symptoms will still be advised on the phone to stay home and self-isolate.

But family doctors do now have more discretion over when to test, said Chaboyer.

And if anyone who suspects they have coronavirus isn’t improving after a week, they should definitely seek out follow up medical care, say doctors.

Chaboyer said he suspects even after the pandemic is over, once people try virtual health care, they won’t want to go back. People who have used it so far “are finding it very, very convenient,” he said. “It’s going to be difficult to go back to the old system.”