District of West Vancouver council has approved development of eight more single-family homes on Onni’s Evelyn Drive project.
May 8, 2017 11:24 AM By: Brent Richter 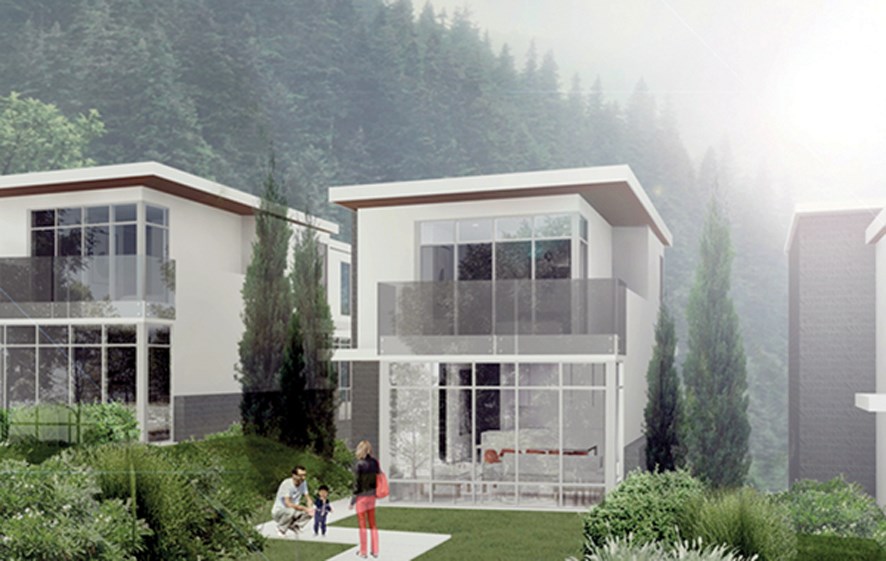 Council voted unanimously Monday night to give Onni the go-ahead to build the homes on Lot 10 of the project, which stretches between Keith Road and Evelyn Drive at the east end of Arthur Erickson Place.

It’s just the latest in a multi-phase development, dating back to 2010. Once completed, Onni will have constructed 349 condos, townhouses and duplexes spread over the 21-acre site on Sentinel Hill, north of Park Royal.

Although smaller homes are encouraged by the district as a means to diversify the housing stock, the properties are expected to sell for between $3 million and $4 million, according to the developer.

The company has yet to start work on Lot 11, which will include 118 units, 30 of which will be market rental.

Council had few concerns about the minor variances required for the eight single-family residences, but there was some angst over how future construction on the other sites in Onni’s overall plans would impact the new residents. Coun. Mary-Ann Booth said she is receiving complaints about Onni’s construction yard.

“People pay a lot of money for those units. We’re hearing that, and I think they deserve to have a better outlook than a gravel pit and concrete blocks,” she said. “We’re halfway through this project as far as lot numbers go. I think as we get more and more residents into this site, it’s going to be more and more important that the site be maintained at a standard that we expect in West Vancouver.”