When it comes to the selling of new condo and townhouse units built in the District of North Vancouver, council would like to see local buyers at the front of the line.
Oct 31, 2017 9:00 PM By: Brent Richter 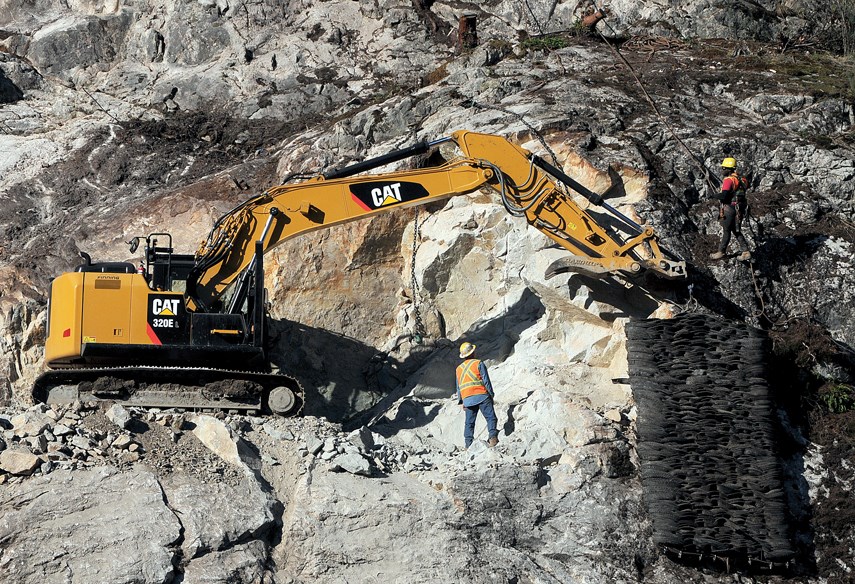 When it comes to the selling of new condo and townhouse units built in the District of North Vancouver, council would like to see local buyers at the front of the line.

Council voted 4-3 Monday night to ask staff to begin drawing up a policy “requesting that developers of new residential developments first make them exclusively available to North Shore residents for 60 days before permitting sales to others.”

The motion was put forward by Coun. Lisa Muri who said she was inspired by similar policies tested in West Vancouver and coming soon to Vancouver.

“I hear on a regular basis from people that live in this community and people who want to stay in this community that they’re not the market when they come to these pre-sales. The one bedrooms are all gone,” she said, adding she believes there is a problem with condo units being bought at pre-sale and flipped multiple times before someone eventually does move into the unit after shelling out for a price much higher than originally listed.

“It’s pushing an enormous amount of people out of our community. It really is. We’ve got longer lines on the bridge and Highway 1 because people are now commuting from the valley where they’ve bought condos and they’re driving to work on the North Shore,” she said. “I don’t know why any developer would be averse to offering units to people who live here. I think it’s good business. It’s good marketing. And it’s an opportunity for us to truly allow the OCP to be implemented the way the way it was meant to be implemented.”

West Vancouver council asked the same of developer Westbank for their condo project at Sewell’s Marina in Horseshoe Bay.

After first being caught marketing the units in Hong Kong before the project had been approved, the developer agreed to only market the condos in West Vancouver initially, followed by the North Shore, followed by Metro Vancouver generally before opening sales up to whoever wanted one. About 50 per cent of the units sold to locals, according to Westbank.

The debate at the District of North Vancouver council table, voracious at times, drew on both principled and practical arguments for and against the policy.

“At the risk of being on the wrong side of public opinion, I have to disagree with the course of action proposed,” said Coun. Mathew Bond before the vote.

“It offends a value that I believe as a Canadian is widely held in our country and in our community and that value is inclusion.”

And, Bond noted, if the policy excludes people who work on the North Shore but live elsewhere, it will do nothing to help alleviate the notorious daily bridge clag-ups as local employees will continue to have to commute long distances.

Mayor Richard Walton and Coun. Doug MacKay-Dunn both voted in favour of Muri’s motion but they also noted that, as it was worded, it would exclude long-time North Shore residents who have had to move away. Both have adult children who grew up on the North Shore but wouldn’t be encouraged back by a “locals first” housing policy, they noted.

And there is nothing stopping a well-heeled local from buying up an entire floor of a new building and then flipping all the units, Walton added.

“This could potentially turn into a back door for someone to profit from council’s good intent,” he said.

Coun. Robin Hicks characterized the locals-first proposal as a misguided attempt at addressing the affordability crisis.

“I think the pricing and the lack of supply is the main challenge,” he said.

And enforcing any such rules would be impossible, Hicks added.

“I think it’s blowing in the wind, quite frankly,” he said.

That must be addressed federally, he said, as New Zealand has recently done, banning the sale of existing residential property to non-citizens.

“Foreign home ownership is not a good thing. Housing is a necessity. It’s like food and clothing and shelter. And so for it to be commodified and all of a sudden sold on the global market, that’s really not in the local interest whatsoever.”

But, the motion’s flaws shouldn’t be a reason not to take a reasonable first step, Coun. Jim Hanson responded.

“It may be that this is one small step of, one piece of a larger framework of policy initiatives, to try to make available to local North Vanouverites the housing that is being created and hopefully some of which will be affordable to our local workforce.”

Earlier in the meeting, Hanson voted against a 40-unit townhouse project in lower Capilano, in part, because the high list prices of the new units would likely mean anyone in the local workforce would be priced out.

Staff will report back at a future meeting with some specifics on how such a policy could work.