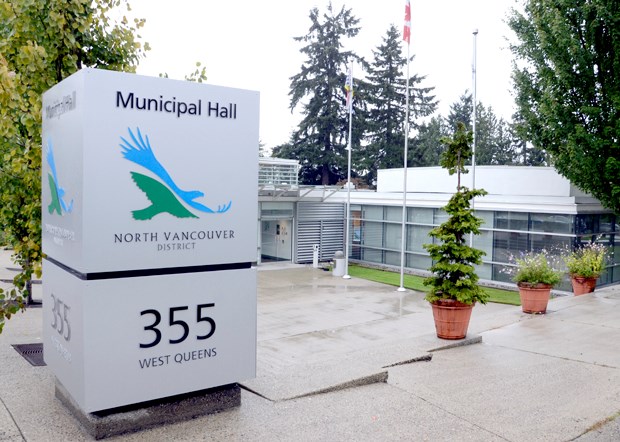 The District of North Vancouver is looking to rein in “inappropriate, offensive, misleading, harassing or threatening” letters and emails sent to district staff and council members.

The move however has some council watchers crying censorship.

Under the policy, which has already been approved in an in-camera meeting, any letters or emails sent from individuals or groups who council has deemed violated the policy will be forwarded to the municipal clerk who will “review all correspondence … and only forward to the appropriate member(s) of council or staff correspondence that addresses, in an appropriate civil tone, a legitimate business request, question, comment or suggestion.”

The ban on direct communication would be reviewed after one year.

Hazen Colbert, council watcher and frequent critic, worried this would result in his messages being censored. Too much is left up to interpretation under the policy, Colbert said at the Nov. 9 council meeting.

“What are inappropriate words and a civil tone? If I say loudly and provocatively, ‘A Canadian is somebody who knows how to make love in a canoe,’ some people would consider it inappropriate in content and tone,” he said, quoting author Pierre Burton. “Others would say it’s perfectly fine.”

Colbert warned this could result in citizens being deprived of their right to direct access to their elected leaders. “If council wants to apply to censor someone go right ahead, even though I say is not permitted under the Community Charter, but go right ahead –  in a court room, in front of a judge where the person who is being censored at least has the right to respond and to challenge the decision,” he said.

Council watcher Corrie Kost said he didn’t believe the municipality was trying to spare itself from receiving “any lip,” but he urged council to step carefully and have the policy vetted by the public before putting it in action.

But the intent of the policy isn’t to censor, according to chief administrative officer David Stuart, and the district will meet all of its legal requirements to ensure staff and council receive the communications intended for them.

“Most residents, even those who are critical of us, are respectful and rational. This is not about being defensive of criticism and it’s not an attempt to censor anybody,” he said in an interview. “It’s really directed at a very, very small number, and I want to emphasize this, who repeatedly cross the line in correspondence.”

Stuart was not prepared to cite specific examples but said things that cross the line included inappropriate references to council members’ sexuality, threats of frivolous lawsuits, libellous and warrantless accusations that council members are accepting bribes, suggestions that they will visit council members or staff’s families at their homes or in the community.

The district already has a policy that condemns “bullying” behaviour from within district hall, as is required by WorkSafeBC, Stuart said, and the new policy simply builds on that. “While it’s somewhat of a departure to include council, they are, in effect, employees of the district. They are servants of the public and I think they have a right to expect that the dialogue and discourse they have with the public is civil, reasonable and respectful,” he said.

The district will only apply the policy after “significant issues have arisen” and the offending letter writers have been warned.