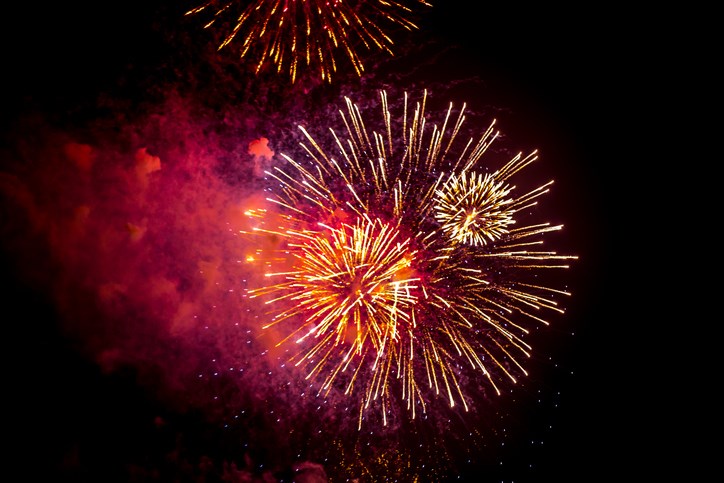 The District of North Vancouver is considering a ban on consumer fireworks.Baac3nes/Getty Images

Get ready for the grand finale. District of North Vancouver council has taken a step toward banning Halloween fireworks.

Coun. Megan Current introduced the idea for a ban in the fall of 2020. At the time, she cited environmental damage, dangerous working conditions for people who manufacture them, stress on wildlife and domestic pets, as well as fire risk and noise disturbances.

Under the existing bylaw, fireworks may only be purchased with a permit issued by the district, and they can only be discharged on private property on Halloween night from 6 p.m. to 10 p.m.

In the weeks leading up to and after Halloween 2020, council received 151 emails supporting a ban, compared to just 18 opposed. And the district receives numerous complaints about fireworks noise and property damage every year, staff noted.

In the Lower Mainland, the district is one of just a handful of municipalities that still allow fireworks sales and detonation. Only Port Moody, Anmore, Belcarra, Bowen Island and West Vancouver still allow them, (although West Van has plans to bring in its own ban soon before Halloween 2021). The City of North Vancouver banned fireworks in 2009.

Although it was a bit of a powder keg when it was first debated in November, the vote passed unanimously with little debate from council Monday night.

“I think this is great to see what's happening across the region around the world,” Curren said. “This is long overdue, in my opinion.”

Coun. Jordan Back, who did not support the ban last fall, suggested he would be open to the change.

“I’ve lived my whole life in this community and fireworks have always been a part of that Halloween tradition but I do recognize that sometimes things do have to change,” he said. “I don't necessarily want to see that go away but I am interested in hearing from the public in a more formal way.”

Mayor Mike Little said he wouldn’t be happy to see the loss of a tradition that brings neighbours together, but he added “it is an issue that’s time has come,” he said.

Following the vote, the district will schedule a public meeting for residents to sound off on the noisy amusements.

Fire Chief Brian Hutchinson cautioned, even if council agrees to an outright ban, it wouldn’t be in place for Halloween 2021.

“That would also provide us a great opportunity, very much like the City of Vancouver did in 2019, to be able to communicate as you're coming up to Halloween, that this would be the last year of consumer fireworks use and sale in the district,” he said.