District of North Van to put teeth in bear bylaw

The District of North Vancouver is about to bring the hammer down on anyone tempting bears to an early death with attractants in their yards.
Oct 7, 2020 1:46 PM By: Brent Richter 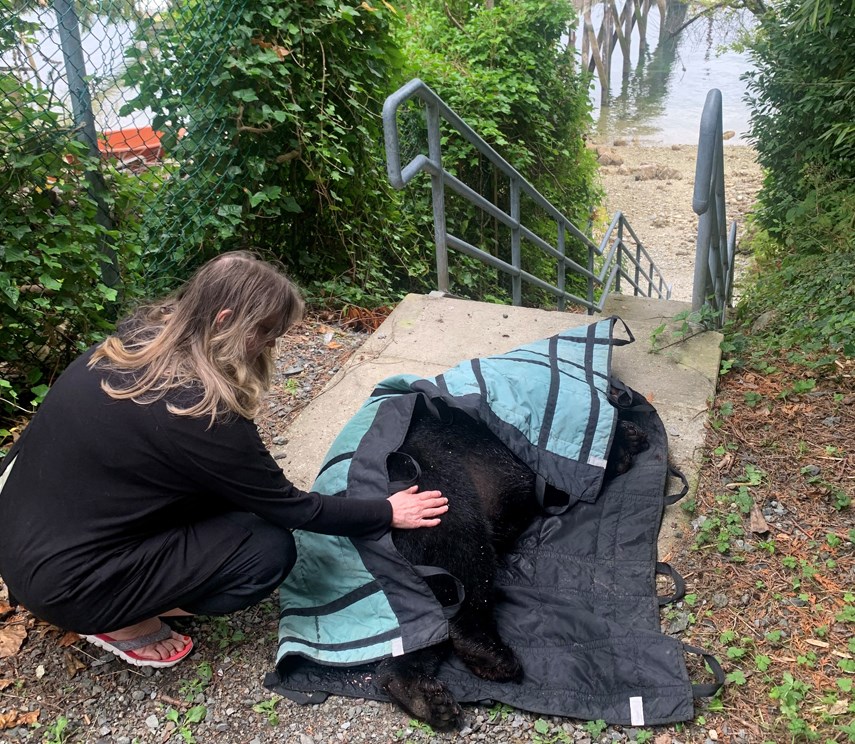 The District of North Vancouver is about to bring the hammer down on anyone tempting bears to an early death with attractants in their yards.

It follows a high-profile incident of conservation officers shooting a bear in Deep Cove after it became habituated to people and the food and garbage they leave out.

Since the district hired a bylaw officer specifically to patrol for garbage and recycling infractions two years ago, the district has issued 4,234 warnings and 321 tickets of $100 for homeowners who put their garbage out too early. Under the proposed changes coming for a vote on Oct. 19, there will be no more warning letters. Residents could face a $100 fine for the first offence and $500 for a second offence.

The new bylaw will set out rules for other common attractants like bird feeders, fruit trees and barbecues, bringing their own $250 fines for infractions.

“The importance to this is that we communicate very, very clearly to the community that we have zero tolerance for this anymore. This is not rocket science. We all know how to exist in our community amongst wildlife,” said Coun. Lisa Muri at the Oct. 5 council meeting.

Muri said she wanted every resident to be notified of the change via a neon sticker on their garbage tote – much like the ones they would get if they had run afoul of the existing solid waste bylaw.

The changes have the enthusiastic blessing of the North Shore Black Bear Society, whose volunteers have long done the legwork of patrolling for attractants and educating neighbours.

“On a personal note, I'm overjoyed at the possibility of residents being encouraged to take full responsibility for living so close to nature and conserving our wildlife,” said Christine Miller, society president.

Miller said she was especially pleased the district would stop issuing warnings.

Coun. Megan Curren said she will be pushing for even higher fines - $500 for the first offence, $750 for the second and $1,000 for all subsequent offences.

Mayor Mike Little agreed there are too many people putting their garbage bins out too early, but he noted that the warnings and fines already in place have a 90 per cent success rate in getting compliance. And he added being too heavy handed could be counterproductive.

“If you had a sudden blip of $400,000 of fines going out in the community, we would have a very, very real customer service problem municipality,” he said. “The day that we give a $500 ticket to an elderly senior that has compliance issues with going out at 5:30 a.m. and we don't want them to slip and fall or something like that, is the day you lose the public support for the changes that we're proposing.”

So far, five bears have been killed by COs across the North Shore in 2020. One was found poached with its organs removed. Two others were put down after becoming injured.

The district is planning a much larger revamp of its solid waste bylaw, which hasn’t had an update since 2007, but council opted to fast-track the portions related to bear attractants to have the rules come into effect before the bruins begin hibernation.