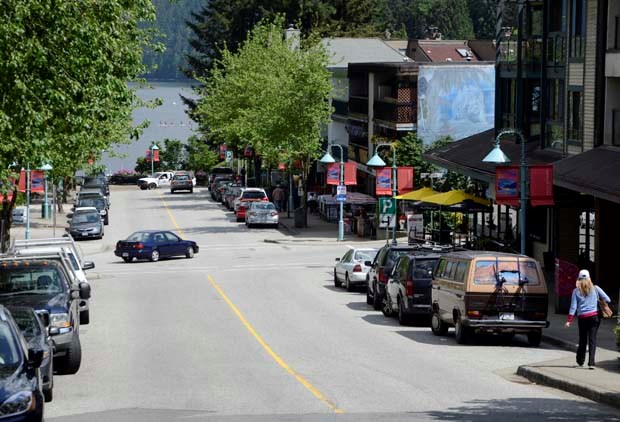 The District of North Vancouver is alerting residents and businesses to a plan to dig up Deep Cove’s main drag for much of 2021 to install a new storm drain. The project will require a new road to access the village.

At issue is the 70-year-old storm drain running under Gallant Avenue, which is no longer cutting it, making Deep Cove subject to flooding.

“Given climate change and the fact it is much older culvert, we need to replace it,” said Gavin Joyce, general manager of engineering, parks and facilities for the district.

The new storm drain will run 140 metres from the top of Gallant all the way down to the beach in Panorama Park. It will be two metres in diametre requiring crews to dig a trench four to five metres wide and up to four metres deep, taking up the entire westbound lane of Gallant.

“So, it's a significant project,” Joyce said.

Due to fisheries regulations, the work must be done during the summer, which isn’t ideal given the throngs of visitors who come to enjoy the Cove’s picturesque panorama and popular pastries.

That means the district is having to come up with an entirely new way to get vehicles into the neigbourhood.

They looked at making Gallant Avenue single-lane alternating, but traffic modelling showed that would create gridlock throughout the Cove, create unacceptable delays for transit, and make pedestrian movement less safe, Joyce said. They also considered diverting inbound traffic down Cliffmont Road, past Cove Cliff Elementary and into the main commercial area, but that would have put too many vehicles onto local roads with tight turns and no sidewalks.

“The big concern was around safety given the number of conflict points and the length of the detour you would have to take,” Joyce said.

Instead, they’ve settled on making use of a district-owned right-of-way that would create a new 100-metre road connecting Deep Cove Road to Naughton Avenue through, what is today, a wooded area.

“You get direct access to Deep Cove. It will be good for the business because they'd be able to be maintained. It would disrupt the least amount of residents. It's basically a one-way-in and one-way-out. It's really the safest option from an engineering point of view, because it minimizes conflict between any vehicles and pedestrians. It also has the minimal impact on transit routes and stops,” Joyce said.

The plan also allows the most flexibility for contractors to maintain access to the sidewalk and businesses on the north side of Gallant.

For now, the plan is to make the new Naughton connection temporary, but the district intends to review its options after seeing how it operates over the summer, Joyce said.

Joyce is expecting to see construction start in the spring and continue until late in the fall of 2021.

The budget for the project is $7 million.