North Shore neighbourhoods that border wildland areas could be at risk of a similar fate as fire-ravaged Fort McMurray, say local emergency preparedness officials.
May 24, 2016 3:43 PM By: Maria Spitale-Leisk 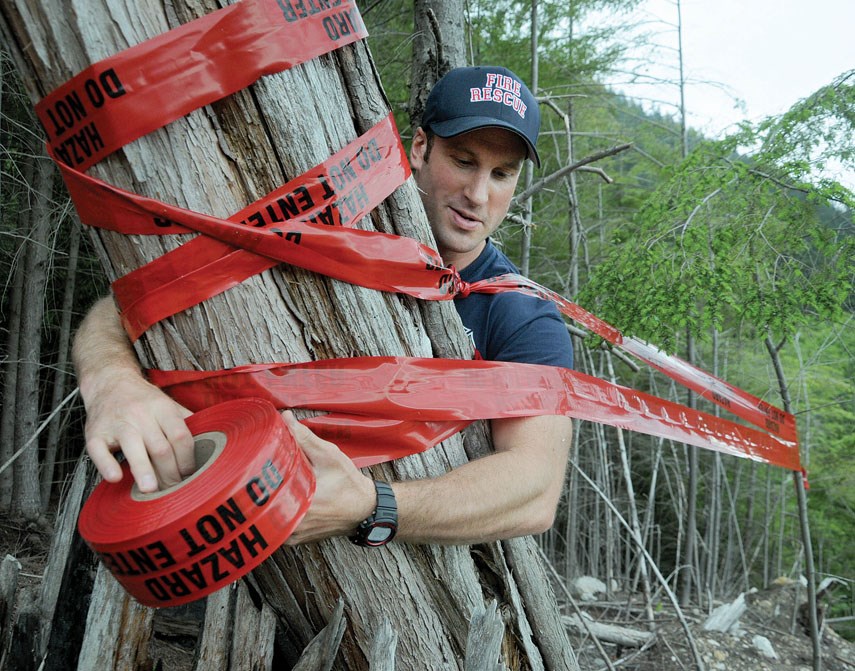 “I would like to say that’s very unlikely to happen here, but anything’s possible,” said Fiona Dercole, District of North Vancouver’s manager of public safety. “I’m sure Fort McMurray didn’t expect for that to happen there either.”

A long stretch of dry weather, like we saw last summer, combined with some wind could spell disaster in areas of the North Shore where nature and development meet, known as the urban interface.

“You get into the dry season and we get some winds, you can get a very quick fire spread,” said Mike Cairns, assistant fire chief with District of North Vancouver Fire and Rescue Services.

The fire risk on the North Shore is moderate at the moment, but drier and warmer-than-normal weather predicted to be on the way would lead to high and extreme fire danger, said Cairns.

Last summer was a busy fire season for local crews. In addition to putting out some small hot spots, district firefighters were up against an arsonist who set a dozen fires on a Lynn Valley trail, threatening nearby homes.

There was also a fairly significant blaze near the bottom of the Grouse Grind that Cairns said was most likely caused by a carelessly discarded cigarette. West Vancouver, meanwhile, recorded 28 fires between last June and September, 27 of which were believed to be started by cigarette butts.

“Most of the fires we deal with are people throwing cigarette butts out car windows,” said Cairns.

As the North Shore prepares for another hot summer, teams of first responders, emergency vehicles and an aircraft will converge at the base of Grouse Mountain tomorrow from 8:45 a.m. until noon for a wildfire drill. Multiple agencies including North Shore Rescue, Metro Vancouver, the B.C. forest ministry, B.C. Ambulance Service, North Shore Emergency Management Office and fire crews from North and West Vancouver will take part in the exercise.

Grouse Woods residents and visitors to the area can expect to see lights flashing and hear loud sirens for a prolonged period Thursday.

“It’s the sound of the municipality being proactive to make sure we’re prepared in case a real event did happen,” said NSEMO planning officer Mike Andrews.

Besides practising a co-ordinated fire suppression strategy, the North Shore Interface Wildfire Working Group will be piloting a real-time evacuation tracking tool. Using a smartphone, first responders can update the status of a residence in an evacuation zone – using a corresponding colour for “nobody home,” “needs assistance,” “refusal to evacuate” – allowing teams in the field and those in the emergency centre to get real-time information.

“In the past, it was tying a piece of flagging tape on somebody’s driveway that needed to be visible from the road,” said Andrews of the evacuation system that predated the digital upgrade.

The DNV has been working on a wildfire protection plan since 2007 that involves clearing swaths of trees and vegetation behind homes located in urban interface areas stretching from Grouse Mountain to Deep Cove. In doing so, the district is creating a buffer or fireguard between any structures and the wildland, while clearing away built-up fuel – dry, spindly branches – on the forest floor.

In total, 70 hectares of district land will be treated, with Grouse Woods and Blueridge already seeing some of that wildfire mitigation work. Mount Fromme is slated for the fall, pending funding approval for the project, said Dercole.

The district now requires any new homes constructed 125 metres from the wildland urban interface to have fire-resistant roofing, siding, decking and landscaping. For existing residents looking at re-roofing their homes, the district is requesting they stay away from cedar in favour of asphalt or metal materials.

“Our major concern on the North Shore is a house fire or a barbecue fire that would ignite the adjacent forest,” said Dercole.

This trend of longer and warmer summers – in turn increasing the fire risk – is the district’s top threat, as staff work on a climate change adaptation strategy, said Dercole.

Looking at the district’s historical wildfire data, 98 per cent of all fires 1950 and 2005 were smaller than four hectares. The largest fire during that period occurred in 1967 and scorched an area measuring 34.3 hectares.