After seven long weeks at the front lines of B.C.’s COVID-19 epidemic, the outbreaks at North Shore long-term care homes are showing signs of stabilizing.
Apr 21, 2020 3:05 PM By: Jane Seyd 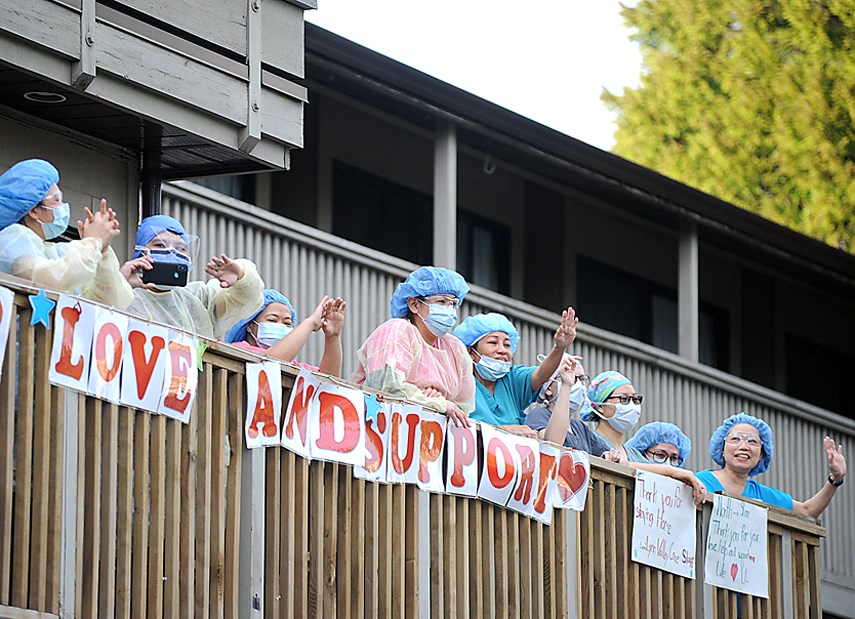 After seven long weeks at the front lines of B.C.’s COVID-19 epidemic, the outbreaks at North Shore long-term care homes are showing signs of stabilizing.

At North Vancouver’s Lynn Valley Care Centre, where the outbreak in long-term care started at the beginning of March, the number of active cases of the novel coronavirus has dropped dramatically.

While a week ago, almost a dozen elderly residents and twice as many staff at the home were still testing positive for the virus, more recent figures are significantly down, with only one resident and seven staff registering a positive test on one recent day.

Some family members have questioned the recovery numbers, pointing out few residents are actually tested. But while there continue to be one or two active cases at many sites, the situation in the care homes has stabilized, said the province’s chief medical health officer Dr. Bonnie Henry on Monday.

Henry said it appears measures put in place to combat the virus – including limiting visitors to care homes and restricting staff to working at one facility – have had an impact. As Henry noted, the outbreak in the care homes has come at significant cost. Twenty-seven residents of North Vancouver care homes have died of the virus, including 20 people at Lynn Valley Care Centre, five at Berkley Care Centre and two at Amica’s Edgemont seniors home.

Provincewide, over half of the 86 people who have died of coronavirus have been residents of long-term care homes. Statistics released Friday by Henry underlined that. While the median age of those who have contracted the virus is 54, the number of deaths rises dramatically among those over 80. The median age of those who have died of COVID-19 in B.C. is 86. Henry stressed the vulnerability of older people to the virus is one of the reasons why everyone must continue to be vigilant.

“This virus is insidious,” she said. “It can spread to others when you’re not even realizing you’re sick yourself.”