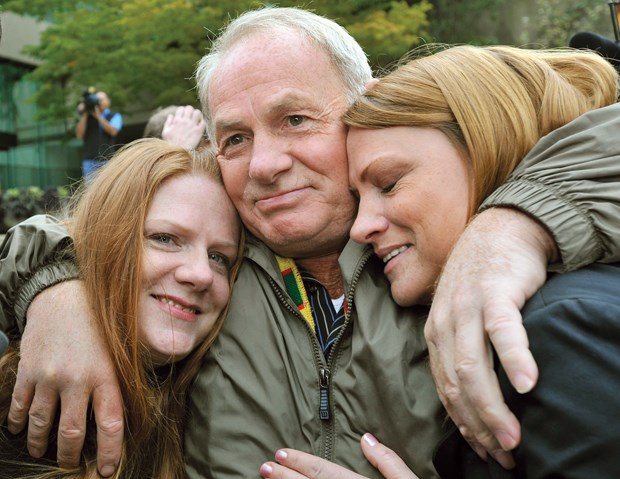 Ivan Henry’s incarceration resulted in him suffering from a paranoid delusion disorder and, since his release from prison, Henry has had symptoms of post-traumatic stress disorder and high levels of anxiety, a judge was told Tuesday.

Henry, a North Vancouver resident who spent 27 years behind bars after being wrongfully convicted of a series of sex offences against Vancouver women, first started manifesting a psychotic illness when he was arrested for the sex crimes in 1982, said Dr. Adrian Grounds, a forensic psychiatrist.

Grounds, who was described by Henry’s lawyer as a leading expert on wrongful convictions, said that from his arrest until his conviction in 1983, Henry was overwhelmed by the charges against him and developed “complex paranoid ideas” while he was in Oakalla prison.

“He thought the floor (of his cell) was vibrating and some machinery under the cell was causing this. He described thinking the cell was moving as if on rails. He said this happened throughout his time in Oakalla.”

Grounds said it was the beginning of a psychotic illness and told B.C. Supreme Court Chief Justice Christopher Hinkson that the psychosis continued after he’d been convicted and sentenced.

Under questioning from Henry’s lawyer John Laxton, Grounds said that while he was in prison, Henry experienced a “very considerable fear for his safety” and on one occasion was assaulted.

“That chronic fear was one problem. The second was the separation from his two daughters, the many years of lack of contact between them. That was a source of stress.”

A third problem arose when his mother stopped visiting him in 2001. Grounds said Henry believed she’d been subjected to a strip search by prison authorities.

Since his release from prison in 2010, Henry has had symptoms of post-traumatic stress disorder, said the psychiatrist, who interviewed Henry for 14 hours in March and also interviewed a close friend of Henry and Henry’s one surviving daughter, Tanya Olivares, a North Vancouver resident.

Henry has had nightmares of his time in prison and “very high levels of anxiety,” believing that he might be “set up” by police and re-arrested, said Grounds.

Despite his problems, Henry has shown “remarkable resilience” but will require ongoing therapy that may need to continue for a long period of time, he said.

Grounds also described Henry’s early troubled life, noting that Henry had had a deprived and unstable upbringing, had experienced victimization as a child and had “very poor” relationships with others.

Henry was first convicted of an offence at the age of 16 and until his arrest in connection with the sex offences, had spent half his life in prison.

Prior to the 1982 arrest, there were some indications of stability and maturation, as he was employed in construction and was seeing his two daughters, said Grounds.

How his life would have progressed had he not been arrested is “speculative,” but the work and family commitments would have served to protect him against further offending, said Grounds.

In 1983 Henry was convicted of 10 sex offences against eight women. He was designated a dangerous offender and jailed indefinitely. He maintained his innocence but his attempts to get an appeal went nowhere until 2006, when the criminal justice branch appointed a special prosecutor to look at whether a miscarriage of justice had occurred.

The B.C. Court of Appeal released him on bail and in 2010 found that he’d been wrongfully convicted.

Henry is in court now seeking compensation from the provincial, federal and Vancouver municipal governments, alleging police were negligent and the prosecutors failed to disclose material to him at trial.